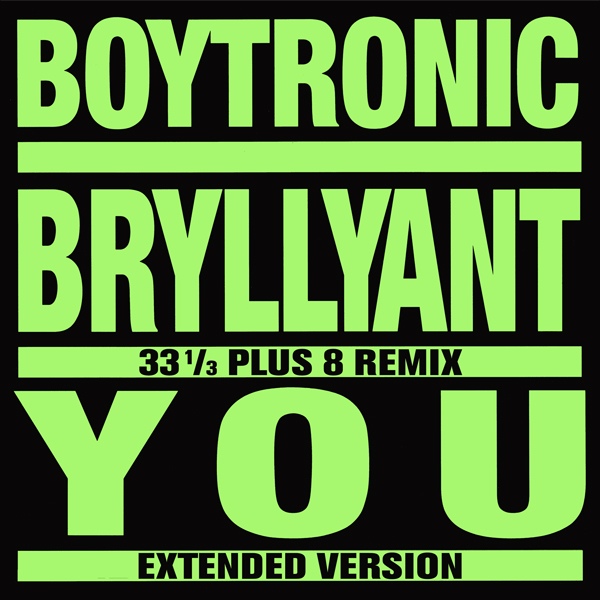 Boytronic is a synthpop group from Hamburg, Germany founded by by Holger Wobker and Peter Sawatzki in 1982. Influenced by Kraftwerk, The Human League, Visage and Depeche Mode, the band crafted their own brand of synthpop. Their first single “You” was released by Mercury Records in 1983 and became a Top 10 club hit in many European charts. Inspired by New Order’s “Bizarre Love Triangle”, the song in an openly gay love song, where the singer expresses his loneliness waiting the return of his adoration for another man. “Trigger Track” was released in 1984 as a B-­side of the second Boytronic single “Diamonds and Loving Arms”. It was originally planned as an A-side, but was declined by the record company. “Bryllyant” was originally released as a B­-side to the 86 remix of “You” on JDC Records, a label aimed at dance floors and club DJs. A Belgian DJ played the song at 33rpm and convinced the band to release this slower speed version in 1988. It became the band’s second most successful release and a hit across Europe. This EP features both the 1986 U.S Remix and 1988 33 1⁄3 Plus 8 Remix of “Bryllyant”, as well as the original 1983 Extended 12” version of “You” and a special edit of Trigger Track never before released on vinyl.

Adriani & Ventura / State Of Art
We use our own and third party cookies. If you continue browsing we consider you accept the use of cookies.
Accept