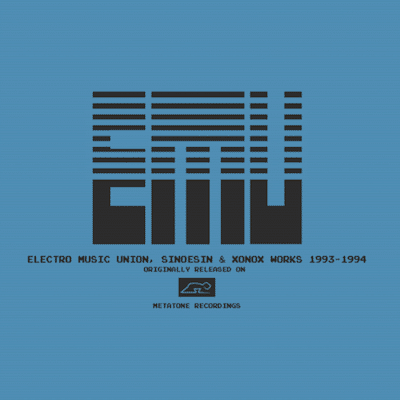 Cold Blow has joined forces with Berlin’s AVA. Records in unearthing some of the finest ambient techno from the Artificial Intelligence era in a beautiful double LP package. The compilation covers essential cuts from the back catalog of J. M. Adkins’ releases and includes 2 tracks available on vinyl for the first time!

Aside from Descent, a previously unreleased track, the material was previously released on the short-lived Metatone Recordings which was founded by Adkins himself together with Damon D’Cruz known from his preceding Jack Trax label. Today the original releases are sought after rarities which demand high prices on the 2nd hand market.

Compiled from the original DAT tapes and remastered by Andreas “Lupo” Lubich at Calyx Mastering, “Electro Music Union, Sinoesin & Xonox Works 1993 – 1994” reintroduces Adkin’s work as some of the era-defining classics from the early years of techno. A must-have reissue for the fans of early B12, AFX, The Black Dog, Kirk Degiorgio, et al.

Add to playlist
Add to Wishlist
You must register to use the waitlist feature. Please login or create an account
SKU: BLOW02/AVA.LP007

Various Artists
La Luna
We use our own and third party cookies. If you continue browsing we consider you accept the use of cookies.
Accept