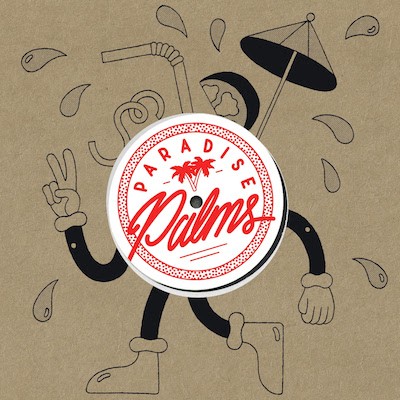 You Want Her Too/Peeling Oranges EP

Alex ‘Kiwi’ Warren’s passion for music has been a fire that has long burned within. With acclaimed releases on Disco Halal, Optimo and others, Kiwi’s work has earned him a wealth of support from some of the scenes biggest names such as Andrew Weatherall, DJ Harvey and Gerd Janson.  He now joins Edinburgh’s Paradise Palms for the latest instalment of their highly regarded 7” series which has previously seen groovy, off-beatofferings from Tom Blip and Justin Robertson.

You Want Her To is a playful, low slung stomper featuring a slowed-down House beat, pads and a catchy oddball chant from Warren himself. Peeling Oranges ups the NRG and uses an Italo-strength arpeggiated bassline to great effect, resulting in a peak time electronic Disco smash. Both tracks feature alternative 7” and digital mixes.

Add to playlist
Add to Wishlist
You must register to use the waitlist feature. Please login or create an account
SKU: PP018

Herb LF
International Extraterrestrial Music
We use our own and third party cookies. If you continue browsing we consider you accept the use of cookies.
Accept