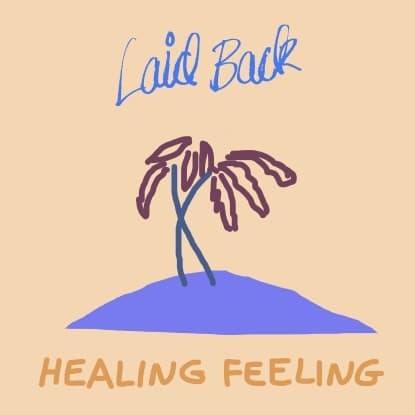 Brand new 2019 Album by legendary Laid Back from Denmark marking the Bands 40th Anniversary. Follow up to the Highly Acclaimed “Uptimistic Music” (2013) their new Abum masterly blends John Guldberg´s and Tim Stahl´s signature styles, the “Healing Feeling” of, Reggae, Electronic, Folk and soothing Balearic Pop as Retro and Modern as it was. Laid Back are Back – like a best friend – that has never gone out, always been closely about. Bio Short Descript: 2019 marks 40 years anniversary as the Danish duo Laid Back. This is celebrated with live touring in 2019 & 2020 and the new and 12th studio album release “Healing Feeling” Laid Back is one of the biggest Danish music exports with a sale of more than 30 mio units sold, with evergreens such as Sunshine Reggae, White Horse and Bakerman. Their timeless and Laid Back style has attracted fans and collaborators such as Prince, Pharrel, Snoop Dogg, Black Eyed Peace, Lionel Richie and more.

Add to playlist
Add to Wishlist
You must register to use the waitlist feature. Please login or create an account
Tags: folk, pop SKU: BMVI008

Zombies In Miami
Bordello A Parigi

College
Valerie Records
We use our own and third party cookies. If you continue browsing we consider you accept the use of cookies.
Accept