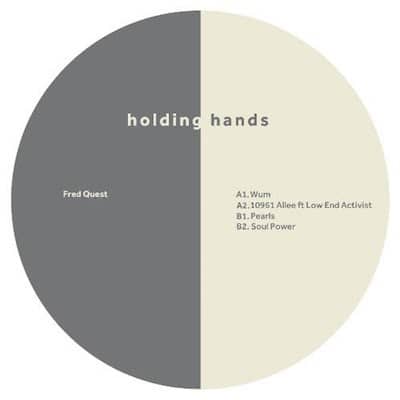 A friend of mine got in touch about a year ago to let me know that he had stumbled across a treasure trove of ridiculously sick unreleased music from a guy who rented the studio next to his in Berlin. The guy in question happened to be Fred Quest and boy was he right about the tunes… Sometimes you know you have a killer EP on your hands within 10 seconds of listening to the tunes and this was certainly one of those times. I’ve been spanking these bad boys out in literally every single set since I’ve got my hands on them and they have never let me down. The production is insane and I think Nick Hoppner said it best after I sent them to him before his recent Asia tour. “I Played two of the tracks every night on tour. I played on a few really bad systems, but his stuff sounded great anywhere.” OK enough of my blather. Go and listen to the damn things yourself and decide if you like them, rather than trying to work it out from reading a bloody press release you weirdos. All four tracks are produced and sculpted for the club. They want big sound systems and dark rooms. Close your eyes, hold hands and experience transcendental space Qlight..

Add to playlist
Add to Wishlist
You must register to use the waitlist feature. Please login or create an account
SKU: HHANDS008

PRZ
Bauhaus Records
We use our own and third party cookies. If you continue browsing we consider you accept the use of cookies.
Accept