View cart “Heron Fischer | FTW DAMFS 12″” has been added to your cart. 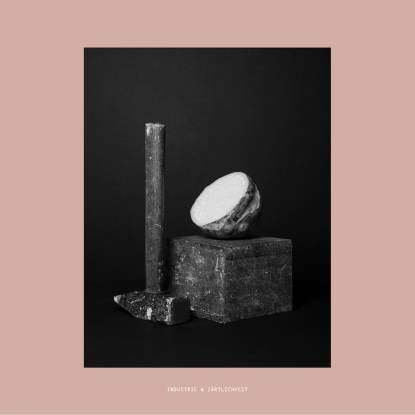 Welcome to “Industrie & Zärtlichkeit”, the raw, quirky yet emotional debut album from Moon! Although the Berlin-based duo is revered for dancefloor bangers such as “Ze power”, Johannes Albert and Johannes Paluka (better known as Iron Curtis) have put much effort into making this album a true listening experience without sacrificing their roots in House Music. “Industrie & Zärtlichkeit” (which translates into “Industry & Tenderness”) effortlessly achieves what is claimed in its title, namely a fusion of seemingly disparate elements: the rough and the smooth, dirty beats and soothing harmonies, bizarre sounds and comforting chords. The title track is a fine example of this perfectly-dosed blend with its detuned strings that glide over a crisp electro beat and an infectious melody which would make Kraftwerk proud. “Cafe Del Landwehrkanal” is a lighthearted and kinky gem while “Light Of Virtue” combines warm synth pads (Detroit is not far) with dusty drums and an acid bassline. “MFB Nights” and “Machine Rhythm Tomorrow” are also illustrations of the duo’s undeniable savoir-faire, with the former celebrating garage classics thanks to its cheeky vocal sample and gorgeous rhodes chords while the latter plays out as a dedication to the early 90’s, a time when people didn’t care about genres and just dived in the novelty of electronic dance music. But as we all know, there is a dark and secret side of the Moon, an aspect which is best expressed via the freaky organ chords of “Proto” and its detuned melody. Not to mention the excellent ambient.

Andrea Passenger
Dora Exp
We use our own and third party cookies. If you continue browsing we consider you accept the use of cookies.
Accept