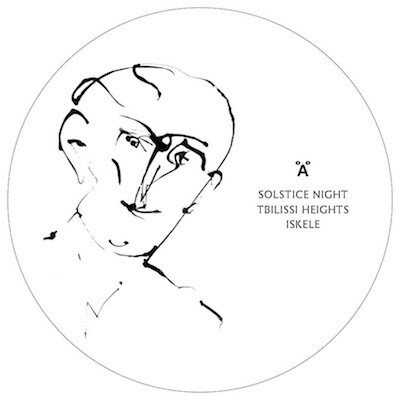 No stranger to records that side-step club conventions, Banlieue’s latest release truly stands out from the rest of its catalogue.

Altkat is a Turkish-Armenian musician born in the late 40s and active since the 60s when he first started experimenting with an Anatolian saz, a two track tape recorder, and a fluegelhorn. Today, the saz is still there, the bugle is gone and the tape recorder has turned into a computer. Altkat, who spends most of his time working as a percussionist for sephardic and balkanic bands, is above all interested in the transformation of noise into music and does not shy away from using synthesizers and drum machines, along with his saz, to create his music.

LAKERDA exists somewhere beyond the “traditional” and “non traditional” realms. It is marked by hybridity and the encounter of seemingly opposite notions, such as tradition and modernity, East and West, past and future, but also acoustic and electronic and more abstractly, here and there. This album takes the listener beyond these oppositions and invites him or her to approach Altkat’s music not on ultimately fallacious “either/or” terms, but simply to receive it as it is, a fourth world record, with each track on the album a palimpsest that encapsulates previously mentioned oppositions and transcends them in the process.

Full of morphing textures, metallic resonance, layered arrangements, plucked saz strings, pitch-sliding winds, shimmering melodies, bleeps and blops, peculiar samples and other disorienting sounds, this album seems indebted to the aesthetics of private press albums from the late 20th century. While some of these have recently been reissued by labels such as Music From Memory, Into The Light and Stroom to name but a few, Lakerda also feels more contemporary, and it is certainly not out of place in Banlieue’s catalogue.

It therefore seems apt to conclude this presentation of the record with a paragraph written by Joe Muggs after listening to LAKERDA and which has been printed on the LP’s labels.

‘Causality moves differently in the fourth world. The flows of generational influence can be altered or even reversed. Exotic is normal and normal is just another shifting layer among many. Continents rediscover each other in new orders, distant stars loom close, and strange music like this comes not from far off but inside your mind.’
Joe Muggs

Mr Concept
Platform 23
We use our own and third party cookies. If you continue browsing we consider you accept the use of cookies.
Accept