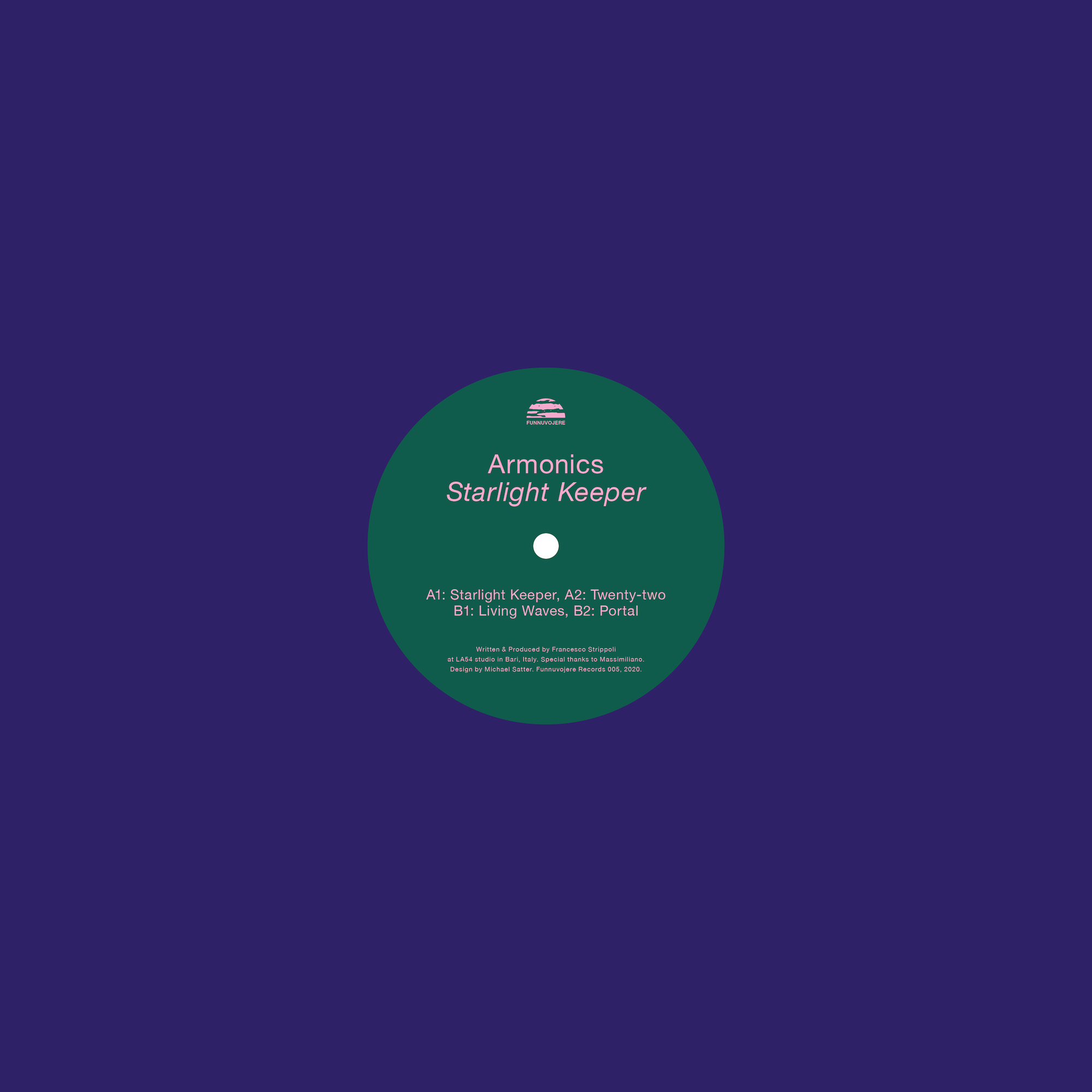 Number five of Funnuvojere’s catalogue comes directly from the depth of the Bari (Italy) province. It is written and produced by Francesco Strippoli aka Armonics and follows his first mini LP on Slow Motion Records, Nuovi Orizzonti. Starlight Keeper smells of night time at the beach, fishing in the dark, under a sky of stars. The title track is a dancefloor pleaser reminiscent of early 90s Dream House that soars on a synthy melody, pierced with an acid line. Twenty-Two is an arpeggiated iteration of Italo Disco: hallucinogenic, suspensive, vibrating with melancholic strings. The drums of Living Waves support buoyant sonic layering while the Chicago inspired Portal projects the listener to that moment when night yields to the light again.

Add to playlist
Add to Wishlist
You must register to use the waitlist feature. Please login or create an account
Tag: store SKU: FV005

Brian Ring
Clutching At Straws
We use our own and third party cookies. If you continue browsing we consider you accept the use of cookies.
Accept