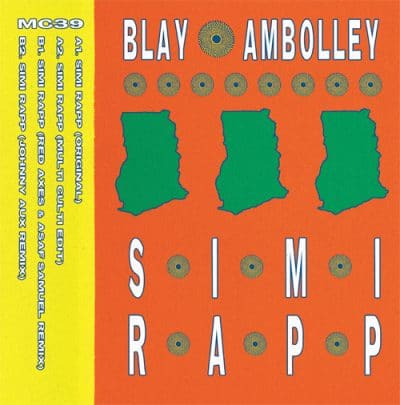 A major force in Afro-funk since the early 1970s, Gyedu Blay Ambolley is considered the godfather of hiplife, transforming the highlife genre by adding elements of hip-hop, funk and jazz. The opportunity to reissue the amazing and influential “Simi Rapp” is one of the clear high points of the label’s trajectory thus far.

Multi Culti: voyaging through time, space and licensing agreements to bring you the best music the world has to offer.

Add to playlist
Add to Wishlist
You must register to use the waitlist feature. Please login or create an account
SKU: MC039

Mr. Hazeltine From The Ave To The Street 12”

Two Phase U – Face One EP

Two Phase U
Marginal Returns
We use our own and third party cookies. If you continue browsing we consider you accept the use of cookies.
Accept