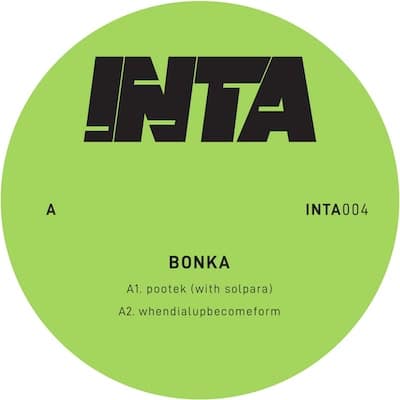 “pootek” – Paul (Solpara) and I laid down the majority of this track one November night in Berlin. We lived in the same dorm in university nearly 10 years ago and bonded over weird electronic music. We hadn’t seen each other in a while and had never made music together. We got so rowdy making this my neighbour who I had never seen before came up to complain we were being too loud.

“whendialupbecomeform” – I was thinking a lot about dial-up modems, especially after I heard a Lana Del Rey song that featured that sort of sound in the background, whether intentionally or not. I woke up in the middle of the night and laid down the main arrangement in a couple of hours. I later added some vocals, random sounds from freesound.org, and what might be described as “dreamy pads.”

“dosheepdreamofandroidelectrics” – I don’t think the song has much to do with Philip K. Dick. I wanted to make something that someone could introspectively zone out to, maybe under the influence of a plant, either at home or at the club

Regina Leather
VOAM
We use our own and third party cookies. If you continue browsing we consider you accept the use of cookies.
Accept