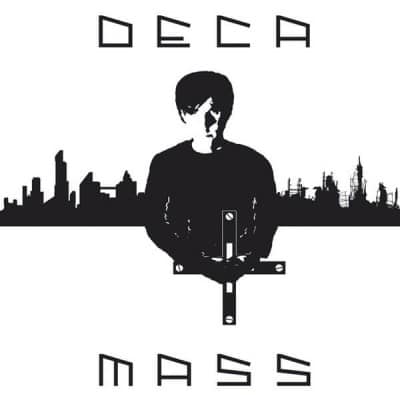 Federico De Caroli’s Deca project has been waving the flag for Italy’s ambient and mystique concrete scene since the mid 1980’s. The man’s albums, which span a wild and diverse set of experimental sounds, are a rarity these days; this particular reissue, Deca’s debut from 1986, is going for near 300 on Discogs, so count this your lucky day.

Mass, as the name curiously implies, is a rip-roaring fest of a journey through the deepest and most cavernous of coldwave sounds. With its high-speed pace on the drums and a grainy, grey-scaled coating to round it off, it feels like rave music way before the term was coined. Proto-techno also doesn’t it do any justice because tunes like “Inseminoid” or “The Door” go much further than that, heading way out into unknown territories which then became second nature to artists like AFX about a decade later.

If you’re into your dance music on the industrial side, and if you like it cooked raw, then this will please you endlessly. Be quick, though!

No Honey From These The Twelve Secret Hometape Sessions LP

No Honey From These
Top Tape
We use our own and third party cookies. If you continue browsing we consider you accept the use of cookies.
Accept