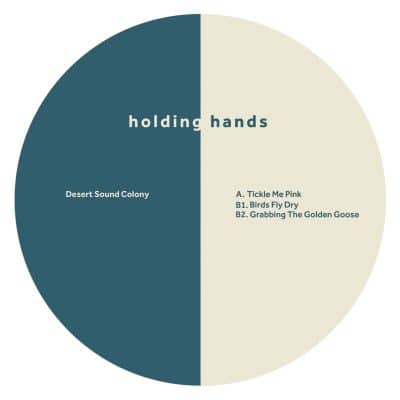 Well you know what they say, home is where the heart is. I must say it feels all nice and warm to be back on the label myself as Desert Sound Colony. I’ve put together a few more rippers for you to enjoy. I hope they serve you well in the club and spin a few people from one side of the dance floor to the other. Imagine everyone’s brains are attached to yoyos and you have control of them. You could metaphorically be walking the dog with their minds if you play these at the right time. Doesn’t that sound appealing…?

It is too awkward for me to ‘big up’ my own productions in the way that a normal press release seems to want, so I will just say that I have been playing these three out for the last six months and the results have been pretty much as described in the paragraph above. They are aimed straight at the dance floor, peak time tackle for when you also want to get everyone feeling pretty weird.

Expect swingitty swung rhythms throughout and the feeling of having a rave in a drainpipe. OK enough of my blather. Go and listen to the damn things yourself and decide if you like them, rather than trying to work it out from reading a bloody press release you weirdos. All three tracks are produced and sculpted for the club. They want big sound systems and dark rooms. Close your eyes, hold hands and experience transcendental space flight… –

Add to playlist
Add to Wishlist
You must register to use the waitlist feature. Please login or create an account
Tag: garage SKU: HHANDS006

Luigi Tozzi & BLNDR
Hypnus Records
We use our own and third party cookies. If you continue browsing we consider you accept the use of cookies.
Accept