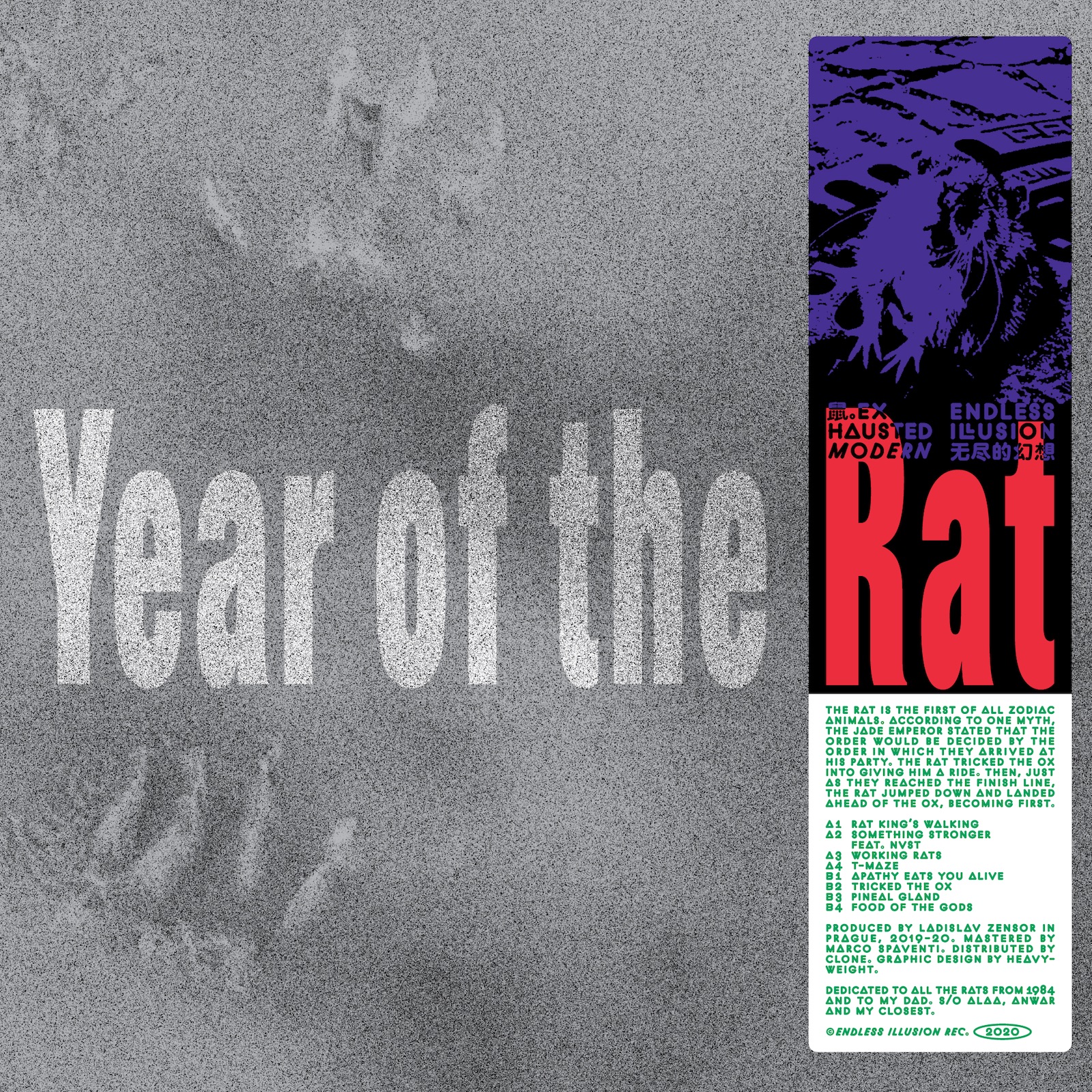 Year Of The Rat LP

Exhausted Modern’s debut full-length titled The Year of the Rat is a proof of the thought-provocation that author’s name generates. Released on his own Endless Illusion imprint, the album doesn’t have all the answers, it simply offers Exhausted Modern’s perception of the modern times and also the energy to do something with them. The title, borrowed from the Chinese zodiac calendar, doesn’t slip to mere esoteric prognosis, it fittingly and provocatively comments on broken mechanics of society, capitalistic hierarchisation and emotional frustration of its victims. Despite the dystopian character of Exhausted Modern’s sound, which ranges from fast melancholia through suspicious calmness to slowly bubbling rage, it doesn’t feel like the end of the world. It’s critical artistic statement of a person who despite seeing all the darkness, also sees the way out of it.

Force Dimension
Optimo Music Archiv
We use our own and third party cookies. If you continue browsing we consider you accept the use of cookies.
Accept