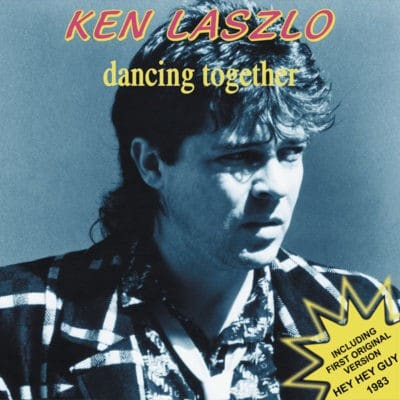 We’re proud to present you the great KEN LASZLO back in stock with his hit DANCING TOGETHER on I Venti d’Azzurro Records on Blue Vinyl! Ken is one of the major italo disco stars with the worldwide hits Tonight and Hey Hey Guy. His new song is a great party track with all the elements we love so much in italo disco; great synths and beautiful vocals. On the b-side we have the first “rough” version of Hey Hey Guy from 1983. This version contains different vocals and instrumental arrangements. Beside the voice of Ken Laszlo you’ll hear the voice of Marco Torre (Mark Tower) in this previously unreleased version of Hey Hey Guy.

Brian Dalmini Can You Tell Me 12″

Johnny Guitar Watson
High Fashion Music
We use our own and third party cookies. If you continue browsing we consider you accept the use of cookies.
Accept