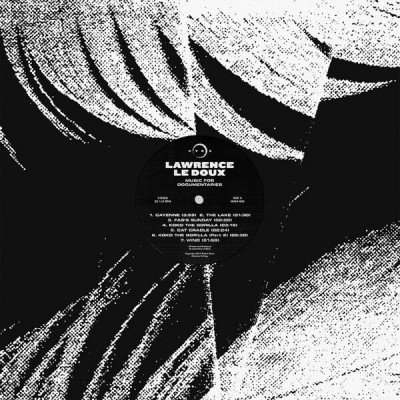 When Lawrence Le Doux was asked by filmmaker Fabrizio Terranova to soundtrack his documentary about Donna Haraway, he requested not to see the movie first. “Instead, I asked him to tell me the story of his encounter with her and his experience of the shooting in California”, Lawrence recalls. After all, Terranova’s approach to Haraway, a science philosopher known for his work on gender, identity, technology and trans-species relationships, had also been an unorthodox one. Far from deepening too much in theoretical concepts, the director spent a summer filming Haraway and her dog Cayenne at her home in Southern California. Maybe that’s the reason why the sounds in “Music For Documentaries” feels so genuine and palpable.

All of the tracks were created using a limited amount instruments, with a deliberate crossover of old synthesizers like a Farsa organ or Sequential Circuits’s Pro-One and 90’s technology like the Roland JD-800. It is curious that Lawrence says all his synths are “half-broken”, since the sounds he extracts from them are absolutely healing.

Add to playlist
Add to Wishlist
You must register to use the waitlist feature. Please login or create an account
SKU: HVNX-400

Geistform
Femur
We use our own and third party cookies. If you continue browsing we consider you accept the use of cookies.
Accept