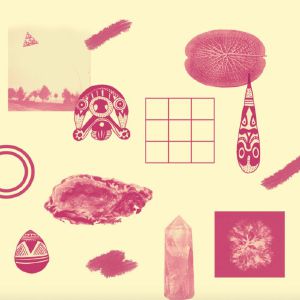 Cocktail d’Amore Music presents the first EP of edits taken from the experimental theatre pioneer Manos Tsangaris’ original ‘Elephant’s Easy Moonwalk Through The Night’ music originally released in 1990. These two edit by Marseillais artist Lion’s Drums demonstrates his felt desire to explore wider musical territories, which he’s developed in parallel with his Abstraxion project.  Lion’s Drums music is inspired from and pays tribute to the character of his city Marseille: a bit rough though luminous, and influenced by elements of the Mediterranean and Northern European cultures while paying homage to the African cultures which permeates so much of the Mediterranean soundscape. This translates into heavily percussive sounds, in which tribal disco grooves invoke the spirits of voodoo-techno.

Add to playlist
Add to Wishlist
You must register to use the waitlist feature. Please login or create an account
SKU: CDA030

Ricardo Tobar After The Movie EP

Scotch
La Casa Tropical
We use our own and third party cookies. If you continue browsing we consider you accept the use of cookies.
Accept