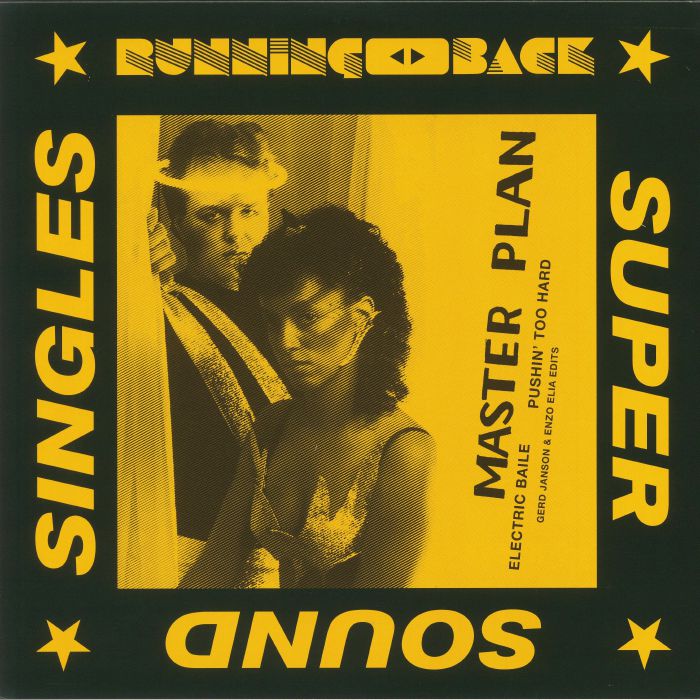 Master Plan was the Chicago based dance music project of Pepper Gomez and Tom O’Callahan. Spanning from 1984 to 1986, the groups development is in sync with the dance music scene of Chicago during that era. While their first record „Pushin’ Too Hard“ is a Windy City version of the NYC club music of the time and its European cross-pollination, „Electric Baile“ from two years later down the line is almost a quantum jump into house music. With the engineering help of Matt Warren, it bears the marks of Ron Hardy, Chip E, Farley Jackmaster Funk or the WBMX dance party craze, if you will. Here you have remastered and updated versions by Enzo Elia and Gerd Janson. The first ones’ edit attempt of „Electric Baile“ ignited this edition. A custom-tailored main mix is completed by a dub and useful bonus beat version to do, what DJs used to do. Concluded by two edits of „Pushin’ Too Hard“ by GJ, you get two great slices of yesterday that are still major dance music blue prints today.

Add to playlist
Add to Wishlist
You must register to use the waitlist feature. Please login or create an account
Tag: store SKU: RBSSS5

Stephen Lopkin / DimDJ
Endless Illusion
We use our own and third party cookies. If you continue browsing we consider you accept the use of cookies.
Accept