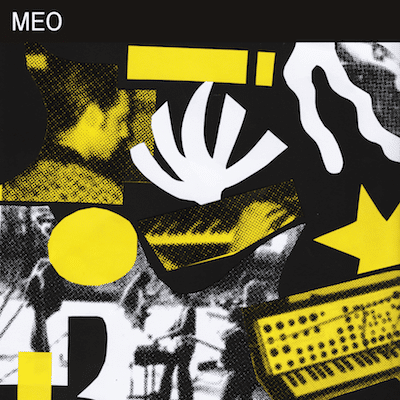 The Italian 80’s are undoubtedly a huge gold mine for diggers and Djs. A decade where the Italo sound became a signature and a foundation. However, music in Italy always had a strong regionalisation, some peculiar musical phenomena that were happening in a specific region and, consequently, serving the local heads and helping to identify the place with a particular sound.

In Milan and Rome in the 80’s there was a huge production of some of the finest Italo Disco and Boogie. In the south of Italy there was an equally large production of, so called, Neomelodic records (with tons of influences, from the Italo sound of the time to Electro Funk and Hip Hop). Emilia Romagna, a land of extremely talented musicians, was (also) the land were the Italian “Afro” sound was conceived. An attitude? A peculiar musical style? The will of playing everything you liked? The so called Afro style was not only a way to select and spin records that is still captivating and influencing nowadays selectors; it was also a studio attitude. Many local Djs like Meo, Ebreo, Mozart etc. were producing music with the help of real musicians, giving birth to a really unique serie of records. Two of the blueprints of this era are certainly Dj Meo’s solo albums “Fine Corsa”, “Sesta Traccia” and his 1987 single “Cikuana/Alturas”. Three records that can really be considered as cardinal Afro records, including all kind of musical elements: hypnothical melodies, huge percussive breaks, New Wave’s uptempo patterns as well as dark and introspective atmospheres. Dualismo Sound gives a new life to some of Meo’s best tracks: filling a 12” with three killer Riminese Afro cuts. The records come with a special artwork made by Jacopo Lega, leader of the Torinese Amphibia collective, plus an A3 insert that features an extensive interview with Meo himself and a poster.

1000 Ohm
Attic Salt Discs
We use our own and third party cookies. If you continue browsing we consider you accept the use of cookies.
Accept