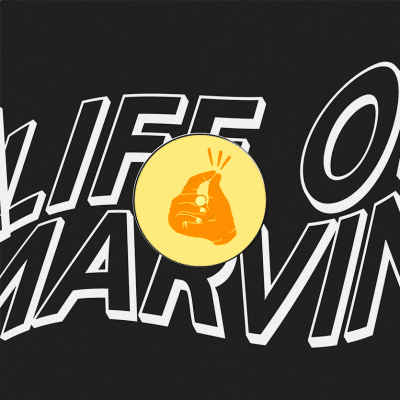 Miki The Dolphin
Life Of Marvin

Alongside Farfa and Roby J, Miki The Dolphin kicked Italy’s Tuscan Techno movement into high-gear during the 1990’s. Earning his first residency 38 years ago, the captivating sounds purveyed by Miki and his compatriots would go on to influence the entire Italian peninsula for the greater part of a decade. Miki can still be found fusing elements of his avant-garde past with future-leaning house and techno in his DJ sets today, having assembled a cult-following thanks to his sought-after mixtapes, highly-collectable releases and research into the 432Hz phenomena.

Originally released between 1996 and 1997, the tracks on this phonographic disk have been remastered and re edited with contemporary standards in mind for your listening pleasure and playability.

Lead track, Apple, incorporates live instrumentation with tough, Northern Italian rhythms. Caterpillar glimmers and undulates across its pristine psychedelic and progressive landscape; Sacre Graal is a fine slice of timeless, electronic body music. One for those who know.

Amandra & Mattheis
Nous Klaer Audio
We use our own and third party cookies. If you continue browsing we consider you accept the use of cookies.
Accept