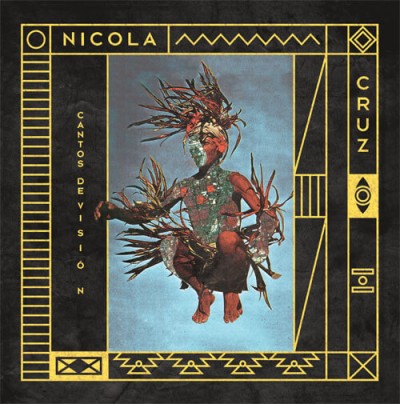 One of the core artists in Multi Culti’s diverse catalog of globally-inspired dance music, Nicola Cruz is deservedly becoming the poster-boy for a new wave of producers that fuse indigenous sounds with internationally professional production, creating something entirely new, sonically. It’s a genre that Multi Culti ambassadors Dreems & Thomas Von Party refer to as ‘Folklorica,’ a psychedelic replanting of folkloric roots, and nowhere is it more skilfully executed than on Nicola’s tracks.

Following up on his debut LP for Latin America’s indie powerhouse, ZZK Records, the return to Multi Culti sees Cruz sharpen his focus toward igniting the downtempo dance-floors that have slowly been gaining ground in clubs and festivals recently. This new club sound is at the fore on lead track Tzantza, already an integral part of Nicola’s live shows and DJ sets at festivals like Sonar and Mutek.

What stands out most, other than the sampled lead Marimba, is the sheer mass of the kick drum, the immense pushing power of this 102 bpm chugger. Bruxo and Danza de Visión follow suit, flexing some seriously first-world mixing mojo, elevating Cruz’s work to heights that the growing legions of flute-bearing imitators will only reach in their stoned dreams.

The vinyl package will also feature Mantis and Invocacion, off his debut Multi Culti EP, two incredible tracks that will finally get the 12″ real estate they deserve.

Add to playlist
Add to Wishlist
You must register to use the waitlist feature. Please login or create an account
SKU: MC030

Vegetable Disco Made Up EP

Vytamin
Unknown To The Unknown

Stiletti-Ana
MM Discos
We use our own and third party cookies. If you continue browsing we consider you accept the use of cookies.
Accept