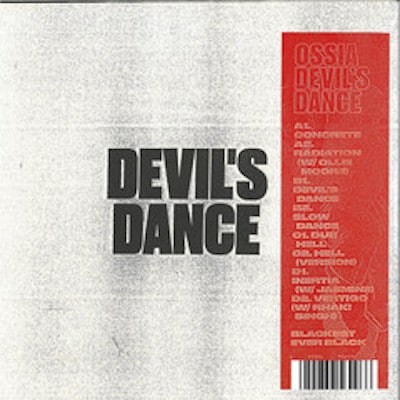 Devil’s Dance may nod to the duel between good and evil, but it’s more useful to think of it as the stage design for that struggle. The atmospheres across the album are incredibly immersive and involving. Take the title track. Its marching-band drums, brought to life by intricately deployed delays and reverbs, walk us past gunshots, screams and a siren. But something about the scene doesn’t feel entirely earthly—the sounds are oddly distant, and eventually make way for a menacing drone. Once we’re led into “Slow Dance,” the feeling is of detachment, of not being quite here or there.

You must register to use the waitlist feature. Please login or create an account
SKU: BLACKEST075

We Are Not Brothers Fuck Work EP

We Are Not Brothers
Oraculo Records
We use our own and third party cookies. If you continue browsing we consider you accept the use of cookies.
Accept