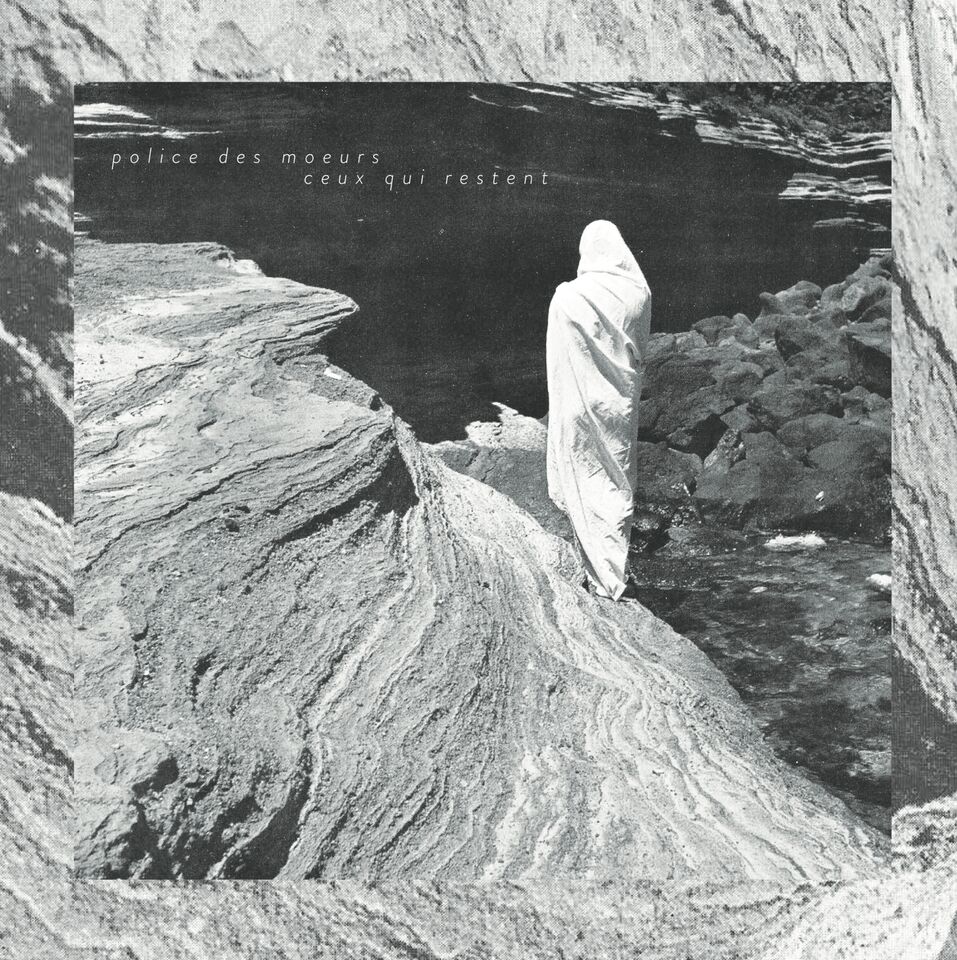 Very limited run of 250. These, the first 250 copies, are released as a double LP edition, with the addition of the ‘Punk Tape’ LP (previously only released on cassette by Runstate). The second LP contains covers of Chron Gen, Reagan Youth, The Headcoatees, Trotskids, Antisect, Anti-Cimex, Rudimentari Peni and Ludwig Von 88.

Montréal synth punk quartet Police Des Moeurs returns on Mannequin Records with a brand new full length entitled “Ceux Qui Restent”, the most dynamic and incendiary record of the group’s career, following the highly-acclaimed self-titled release from 2013.
While the first effort was mostly about how we’re all separate from eachother, this new album is all about getting over and trying to fight that emotion. As vocalist and synth player Francis Dugas explains: “most of the new LP is about links, love and caring (in PDM style, obviously). The title is «Ceux qui restent», which means «Those who stay» or something like that. Ceux qui vivent la tempête jusqu’au bout.”

Add to playlist
Add to Wishlist
You must register to use the waitlist feature. Please login or create an account
Tags: synth punk, synthwave SKU: MNQ 071PT

Kodiak Bachine
Mecanica
We use our own and third party cookies. If you continue browsing we consider you accept the use of cookies.
Accept