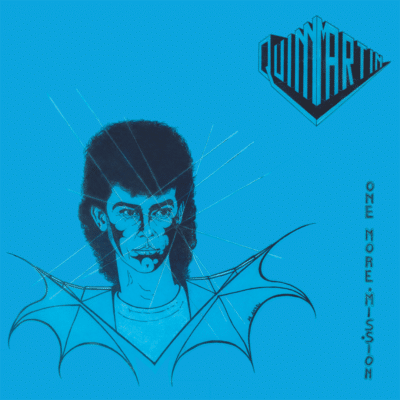 “One More Mission” is the Italo-disco answer to David Bowie’s “Space Oddity”, the tale of a lonely space explorer lost forever with no hope to return.

Originally released in 1987 and fitting neatly into the Afro / Cosmic movement popularised at that time by DJs such as Daniele Baldelli and Beppe Loda, thanks to it’s heavy downtempo beat, spaced out melody mixed with sound effects, classic rock and even oriental influences.
The track is completed by one of the greatest vocals in Italo-disco; the mysterious Quinn Martin’s melancholy, heavily accented voice capturing perfectly the plight of a space explorer trapped in another dimension.

Quinn Martin – “One More Mission” is in many ways a lost and overlooked Italo track, known to hardcore Italo fans and collectors but one with huge crossover potential and one that can fit into a variety of DJ sets.

On “Mars Orange” vinyl, including both tracks of 1987 vinyl offering different arrangements and completed by an edit from Mothball label boss Hysteric removing the more rock elements and bringing the track closer to new beat territory.

DECA
Mothball Record
We use our own and third party cookies. If you continue browsing we consider you accept the use of cookies.
Accept