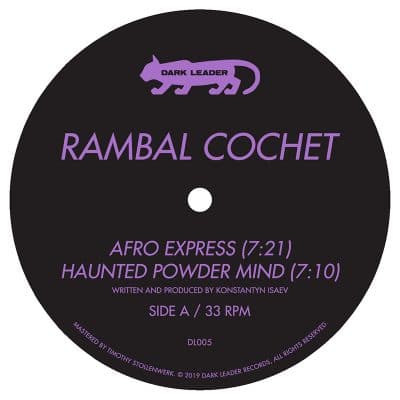 The first track “Afro Express” moves your feet with a bouncy tribal house feel, then takes you to the next level with swirling psychedelic synth lines. Things get very energetic with “Haunted Powder Mind”. Its sinister undertones will haunt you and the punchy-driving groove with bring the dance floor to a frenzy. Finally the B-side brings us “Ottoman Empire” A middle eastern soaked EBM number that reminds us all that the dance is rooted in ancient ritual.

One of the East’s most sought-after producers, Cab (real name Konstantyn Isaev), has already proven he can work in genres as varying as dub and classic house, but this 3-song 12 inch coming out on Dark Leader Records show he can invent them too.

Atree
Arpege Records
We use our own and third party cookies. If you continue browsing we consider you accept the use of cookies.
Accept