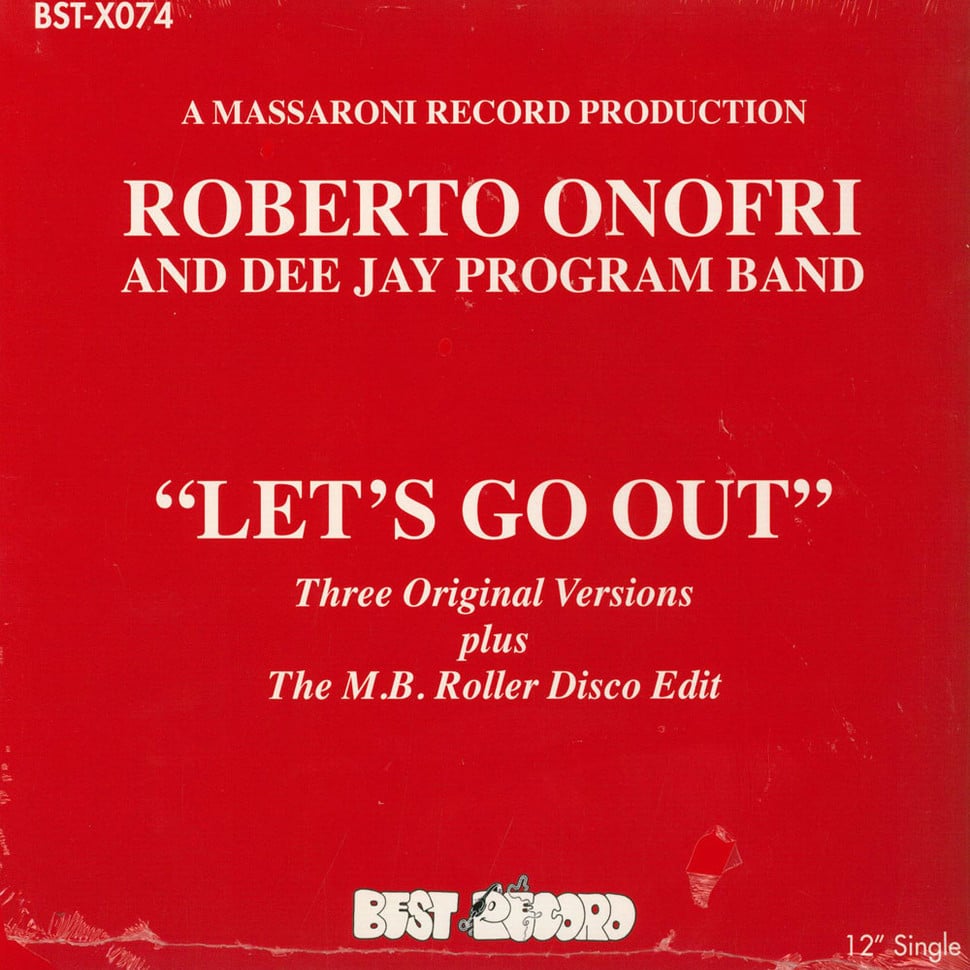 Massaroni Record (MSR) was born with the collaboration between the distributor Ermanno Massaroni and the disc jockey Roberto Onofri, who was also a radio and television presenter. “Let’s Go Out” captures the essence of the very first Italo-Disco in its most genuine and melodic form where it’s not easy to understand the vocal part but this gives to the song a certain ambiguity and a rare case in which the vocoder is fine. In addition to original, radio and the essential instrumental version there is a well structured and strong M.B. Roller Disco Edit by Massimo Berardi (former Harlem Hustlers) useful to give greater balance to the entire release.

S.C.O.R.T.A.
I Venti
We use our own and third party cookies. If you continue browsing we consider you accept the use of cookies.
Accept