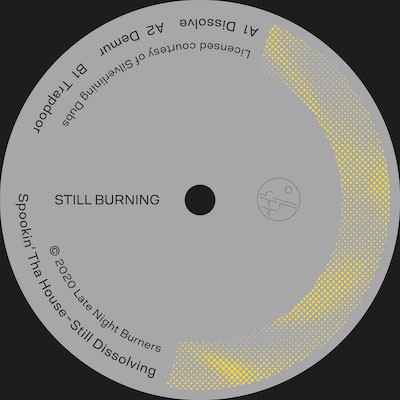 Following up on our reissue project Still Burning, we have put together a compilation of three hard-to-find tracks by Spookin’ Tha House a.k.a. Silverlining a.k.a. Asad Rizvi.

For nearly 25 years Asad has been committing his singular, shuffle-heavy brand of house music to wax, and he simply refuses to go out of style; any self-respecting DJ who manages to snag a copy of one of his many twelve-inches will not easily let it go. But you gotta find one first. To help you with that we’ve gathered three tracks originally released in 1996 on Asad’s own Reverberations label, remastered and recut from the original DAT tapes for maximum dance floor pleasure.

Flora FM
Kalahari Oyster Cult
We use our own and third party cookies. If you continue browsing we consider you accept the use of cookies.
Accept