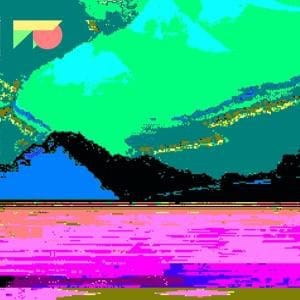 Hardwiring to the Red Laser network and initiating an advanced, beta-tested programme of futuro-manctalo cybernetics, TWIII’s meta-level hybridisation of Italian synth disco & northern English rave styles, combined with an expert deciphering of modernised club dynamics has resulted in a faultless system capable of withstanding the most extreme sonic test environments.

This programme begins with ‘Pocsy’, and sees euphoric holograms burst through galloping Italo mechanics, fusing retro-tinged optimism with a nu-age release. ‘Shoiab’ (named after a fellow starship captain tasked to MCR and in alliance with RL Corp…) unleashes red shifted synths and carnal cowbells for the cyberotic lap-dancers to get jizzy too. ‘Autopilot’ allows the on-board crew to reassemble, a well automated array of arpeggios guiding the shuttle during the first phase, until reconsolidating in the latter stages for full-on interdimensional 5-D funk jam. ‘Lightwork’ is pure RL endorsed synth-jizz, erupting out of Tommy’s arsenal like a mis-timed giant alien cumshot; minus any Manga references. ‘Astral Projectile Vomit’ address a common problem endemic to protectors of our star cluster; then channels a shiny, serpentine chrome sequence and thrusts it down the rainbow road for maximum belly aches. More hydraulic collisions between electronic disc-boogie and newly mined atomic particles from passing asteroids ensures Srg. Walker has enough mainroom material to keep the Sharons and Traceys of the main hub dancing in between injections of dimethyltryptamine. Closing with a trio of humanoid hits that’ll have Jonny5 ordering kryptonite margaritas for the entire ship, Tommy Walker celebrates with the cosmic conge, ‘Gary Blast’.

RL Corp is confident RL30’s internal algorithm is a future-proofed, cross-species platform for auditory excitement, and will continue to stimulate listeners across a multitude of environments.

Add to playlist
Add to Wishlist
You must register to use the waitlist feature. Please login or create an account
SKU: RL30

Felli Diamond In The Night 12″

Metastasio
Disco Segreta
We use our own and third party cookies. If you continue browsing we consider you accept the use of cookies.
Accept