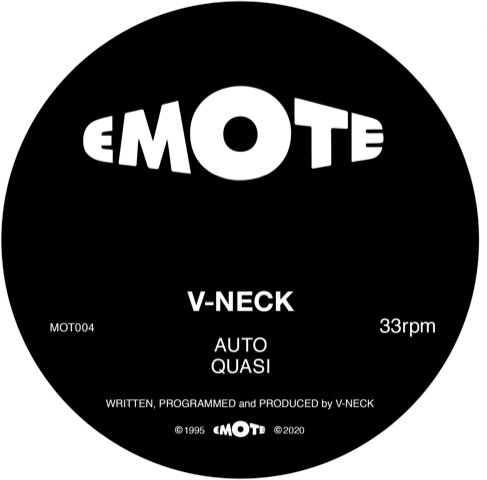 After resurfacing in 2017 with Chicago Bee Records, label owner Mark Churcher has  received a steady stream of interest for his old label Emote and band V-Neck (co writer Doug Martin) The repeated interest of the 90s label has sparked this re issue.

Now a monstrous  25 years old it would appear this record is still very much appreciated by the few that bought it at the time.  And until now extremely hard to find with only 500 pressed  in 1995

Side A fuses ambient, dub and techno at a time when this sound was still developing as a sub genre.

Side B leans more towards dark electronica and techno.

Esoteric Orchestra Build Up To The CL EP

Osman
Osman
We use our own and third party cookies. If you continue browsing we consider you accept the use of cookies.
Accept