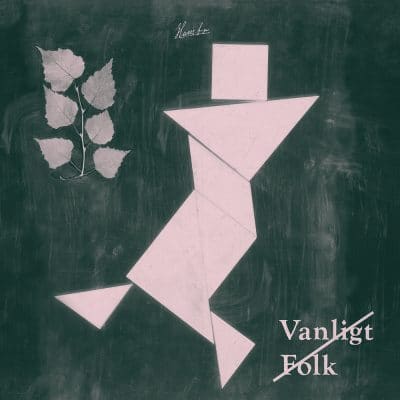 This album is a collaboration between labels Kontra-Musik and Kess Kill. What would have become of D.A.F. if they had been signed to Trojan instead of Mute back in the day? Add a good pinch of absurdism and social realism in the vein of prized film director Roy Andersson and Vanligt Folk might just be the answer. The Gothenburg group’s name can be translated to ‘common people’ and they make use of primitive electronics, drums and skewed vocals – ranging from harsh social commentary to the purely nonsensical – to create their own take on body music. ‘Hambo’ is the name of a traditional Swedish folk dance that was highly popular among the common people at the turn of the last century. With this album, Vanligt Folk juxtaposes the working class dance phenomena of Hambo with modern day rave culture. This is done in the most blasphemous manner thinkable, as is the way of Vanligt Folk. Concepts like nationalism, race and tradition are all treated with the same merry lack of reverence. The only thing that needs to be respected is The Dance and those who take part in it, whether accompanied by accordions or drum machines. Or both.

The Hedgehog Affair
Sound Entity Records
We use our own and third party cookies. If you continue browsing we consider you accept the use of cookies.
Accept