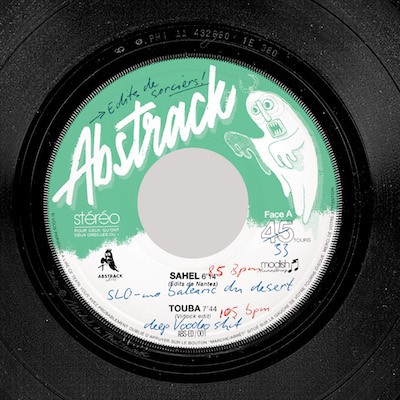 Abstrack proudly introduces the first of its new series of edits. The music on the record is a direct echo of the vibes found at Abstrack parties. These have been going on for over 8 years, taking place at roughly any time of day or night. The music on the record, dancing somewhere between dreamy slow motion tracks, peak-time weapons, and french singing anthem, was intended for the party rather than for the record and they’ve been rocking Nantes’ best-hidden dances for a while already. Now we’re happily putting them out for everyone to enjoy and rock their own party.

DJ Fiskars
Leave the Man in Peace with His Kit

Various Artists
Filament
We use our own and third party cookies. If you continue browsing we consider you accept the use of cookies.
Accept