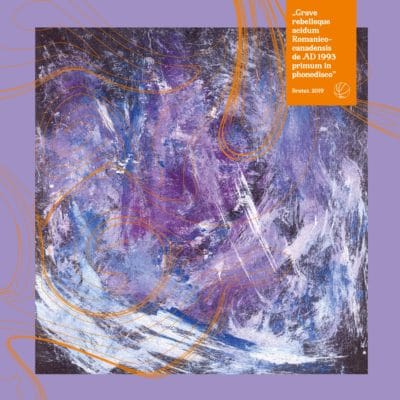 Frequencies From The Edge Of The Tektonic Plate 2LP

1. It’s a first-time vinyl pressing of a wicked CD released in Vancouver, Canada in 1993, it’s a collective effort to highlight the sound of a persistent chillout-area dance music.

2. The people behind the recording were centered around Dan & Cristina Handrabur, a Romanian couple, nowadays living in the countryside to the north of Bucharest

3. The sound of the record is an echo of the vibe of World, a small after hours club in Vancuver, that would give birth to a small group of devoted producers like Dreamlogic, Pilgrims of the Mind, Adham Shaikh, the late Phil Western who in turn were responsible for a handful of idiosyncratic records that became quite sought-after. This record is a time capsule of the head space the artists were in at the time. The record was remastered and cut from DATs by Tim Xavier at Manmade Mastering.

4. Brutaż threw 300 parties all around Poland & Berlin over the course of last 8 years and now it’s just a label. It’s a Resident Advisor label of the Month (May 2018).

Basic Rhythm
Arcola
We use our own and third party cookies. If you continue browsing we consider you accept the use of cookies.
Accept