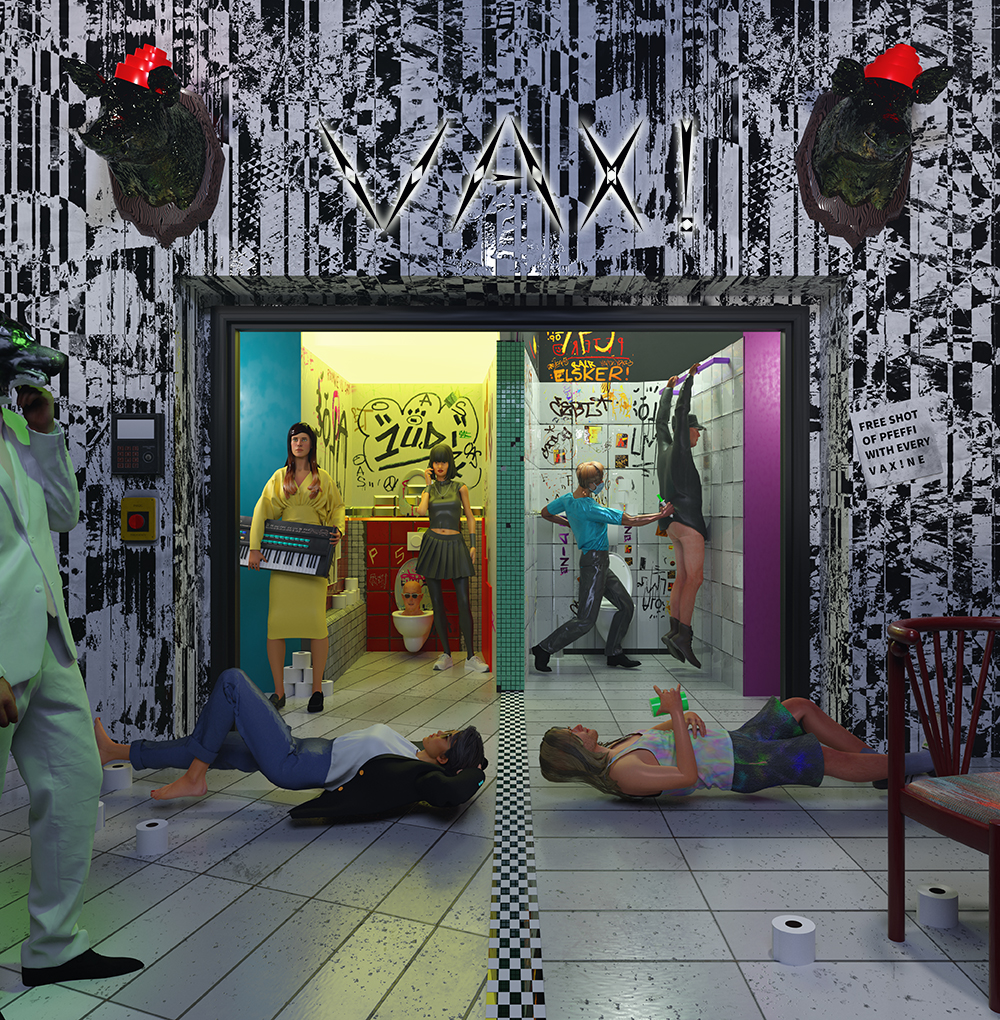 “Vax!” – Reminiscent of all the slippery vinyl that glitched under so many sweaty wet fingers in a steamy basement before time – a picture that seems highly illegal in our current antiseptic climate of hopefully germ free adolescents. Vax-inate! Give them the needle! It’s time.

Deti Vechnosti – Pered Rassvetom opens the gates to plug into the socket of our collective deranged consciousness, generating frisky and flamboyant specks to brightening darkness that confines our lives. Offering  glimpses of the great unknown we also carry within. The Track introduces Chikiss & Mustelide’s new group “Deti Vechnosti”.

Alexander Arpeggio & OhLandy’s “Der Anruf”, wich originally appeared as a French language version on a previous Sameheads / Diapason tape release tells those tales of hot and hotter heat. Karmic payback for the sweaty and long nights enveloped in the halo of resonating frequencies of silly and high-spirited mischief.

Rouge Mécanique – Down the Line – follows suite in the odyssey that is a demented night out, sitting in front of a club, realising that the leatherjacket you picked up a few streets ago from the ground doesn’t smell like adventure but like spew.

The B-Side opens with Automatenfall – a hardware electronic 3 piece, previously appearing live at Sameheads during a “My Friend calls it K-Jazz” event. A yearning that eventually gets us on a spiritual path and headed toward enlightenment through the meandering melange of chimes, that little sounds that usually overcome us in the weirdest of times.

Stopping for a final coup d’œil is Alessandro Adriani’s – Preserved Data Space. A persuasive case of brutally but lovingly worked machines serenading sawtooth waves of an infinite Weiter, a dissolving timeframe – the longest after hour I’ve been to, it lasts more than a year now already and counting.

Raderkraft
Wave Tension Records
We use our own and third party cookies. If you continue browsing we consider you accept the use of cookies.
Accept