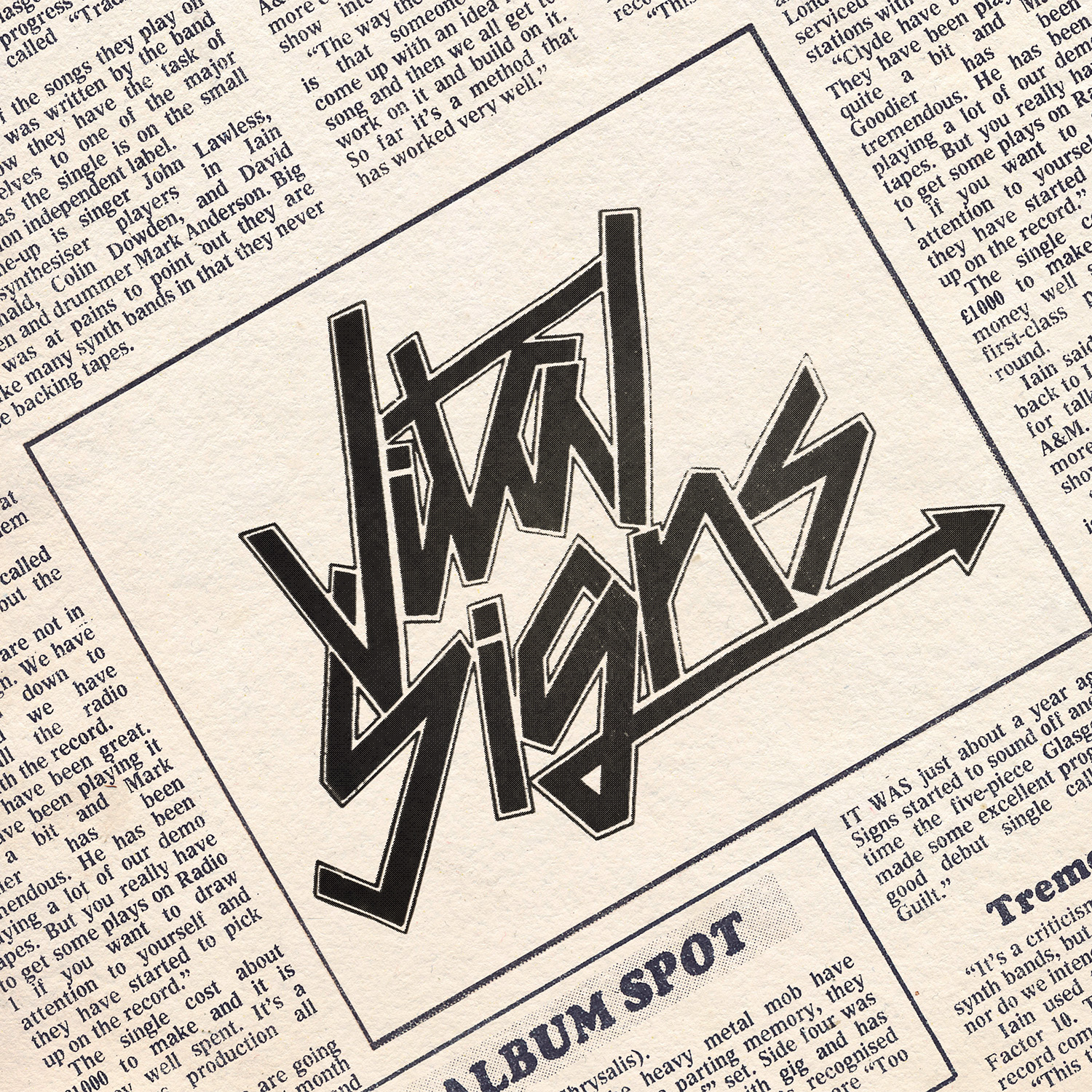 “Trading in Guilt” by Vital Signs is one of those elusive, independently released 1983 UK new wave / minimal synth 7” records that have achieved cult status amongst collectors through the years. It is nearly impossible to find these days and even the band members don’t own a copy of it. If you do manage to locate one nowadays you can prepare your wallet. Vital Signs seemed about to kick off with the release of this single that they put out on their own label after it was picked up by the legendary John Peel at BBC Radio One. But even despite the airplay and various labels paying for further recording, they didn’t manage to breakthrough. They probably went as far as they could possibly go and when no major deal actually came to happen, the band decided to call it a day. “Trading in Guilt” was originally released in a standard white paper sleeve without artwork and the pressing itself was definitely not of the best quality. Just because of this we decided to bring it to you again, WITH GREAT IMPROVEMENTS OVER THE ORIGINAL.

We are extremely happy to bring you this highly sought after 7” now with full artwork, on a much smoother, much better sounding vinyl. It is a limited, hand-numbered edition of 120 black vinyl copies, housed in a thin, very 80s feeling / looking paper sleeve including a download code.

Add to playlist
Add to Wishlist
You must register to use the waitlist feature. Please login or create an account
Tag: exclusive distribution SKU: DW028

Magic De Spell A Body In A Snare LP

Synths Versus Me Sex/Body/Touch 2LP

Synths Versus Me
Oraculo Records

Cristalli Liquidi
Bordello A Parigi
We use our own and third party cookies. If you continue browsing we consider you accept the use of cookies.
Accept