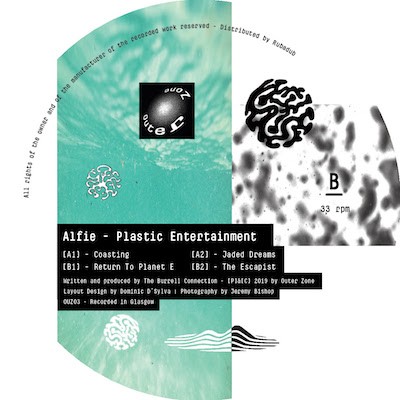 Guided by yet another of La Cheetah Club’s family members, Alfie leads us through the third Outer Zone with four homage laden techno cuts, all obliquely or otherwise brushing past centre-points of styles within the genre. Having proven himself as a producer capable of making serious dancefloor cuts as The Burrell Connection, this new moniker sees the Perth native coagulate sounds usually heard during the energetic moments before the always impending end of the night. Each track stems from influences or creative bursts entirely different from the last, with the EP opening to a lovingly crafted tribute to giants and ending with something drawn from wider sources of inspiration rendered singular. ‘Plastic Entertainment’ is anything but artificial, made with the direct intention of shaking walls and eyeballs.

James Andrew
Nothing But Nice
We use our own and third party cookies. If you continue browsing we consider you accept the use of cookies.
Accept