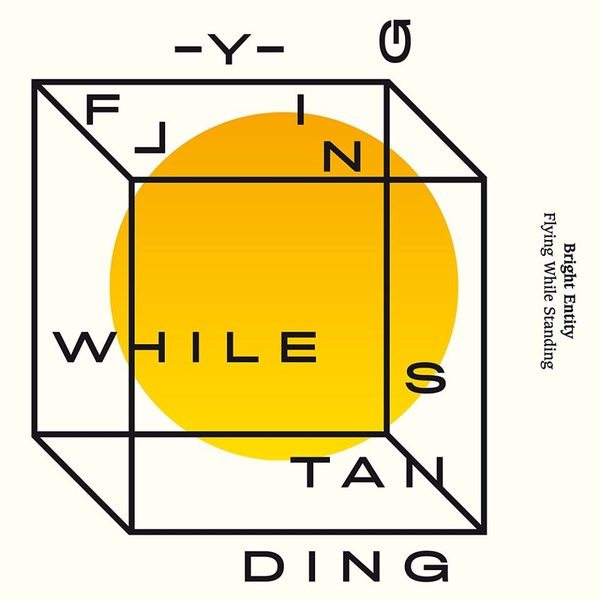 ‘Flying While Standing’ marks the first outing on Holger tracks, a Brussels based label that sprung out of a refreshing party breed which has seen the city’s bustling underground mesmerized for the last couple of years. It’s only a natural evolution for the two notorious record lovers behind the label, to start releasing on their own imprint. With this first outing they aim at giving a peek at Belgian synth pop still being alive, not only in the many retro compilations or obscurity reissues, but here and now. Enter Bright Entity. Consisting of Michiel Claus and Ciska Thomas, both classically trained musicians and active in different other projects, the duo share a history leading them to team up on this project, starting out in 2009. While Michiel is looking to fulfill his musical needs in the electronic realms, Ciska, as a vocalist, does so in more acoustic settings. This mini album turned out to be the culmination of their shared love for synth pop, combining influences as wide as Arthur Russel, the dubpop sound of Peaking Lights and Pas de Deux, of which family ties convey a more profound kinship. Last year Ciska even joined the ranks of the cult formation when they performed a one off reunion concert at Brussels’ Ancienne Belgique. Throughout this six tracker you’ll hear these influences shine trough in their idiosyncratic blend of sun induced, lo-fi casio pop, much in the vein of French duo Deux, Anne Clark or even Les Disques Du Crepuscule’s Antena. Rich in colors and dynamics, with an ever pleasant friction between the rougher drumcomputer sounds and the fluid, soothing synths. Ciska’s husky voice and cloudy melodies conjure up nicely with the housey drumsounds and deranged details that fill up the mix after a couple of listens. In fact it’s not as straightforward as you might think at first listen. By stroking the right chords and laying down sanguine lyrics, Ciska manages to pull you in fairly easily. It’s only through repeated listening that you may find the compelling part Michiel is playing, apart from taking care of the rhythm section. At times pacing, yet soothing and even a little narcotized, this is music for cruising, home listening and dancing, for making out and romancing.

My Pierrot Dolls The Haunting LP

Various Artists
Oraculo Records
We use our own and third party cookies. If you continue browsing we consider you accept the use of cookies.
Accept