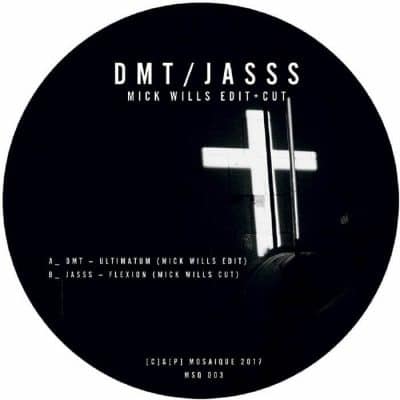 Third release on Mosaique Records is another dark electronic music experience, which includes a new edit and cut by German musician and producer Mick Wills, known by his releases on such labels as Nation, MinimalRome, Rush Hour etc.

On side A a super rare track by a russian industrial project DMT grabbed by Mosaique label owner Alexander Moralez from DIY audio-cassette and edited in Mick Wills studio. Plus Mick’s cut on a never released track “Flexion” by Jasss on the B-side. Vinyl only.

Add to playlist
Add to Wishlist
You must register to use the waitlist feature. Please login or create an account
SKU: MSQ003

The Observer
Radio Mars
We use our own and third party cookies. If you continue browsing we consider you accept the use of cookies.
Accept