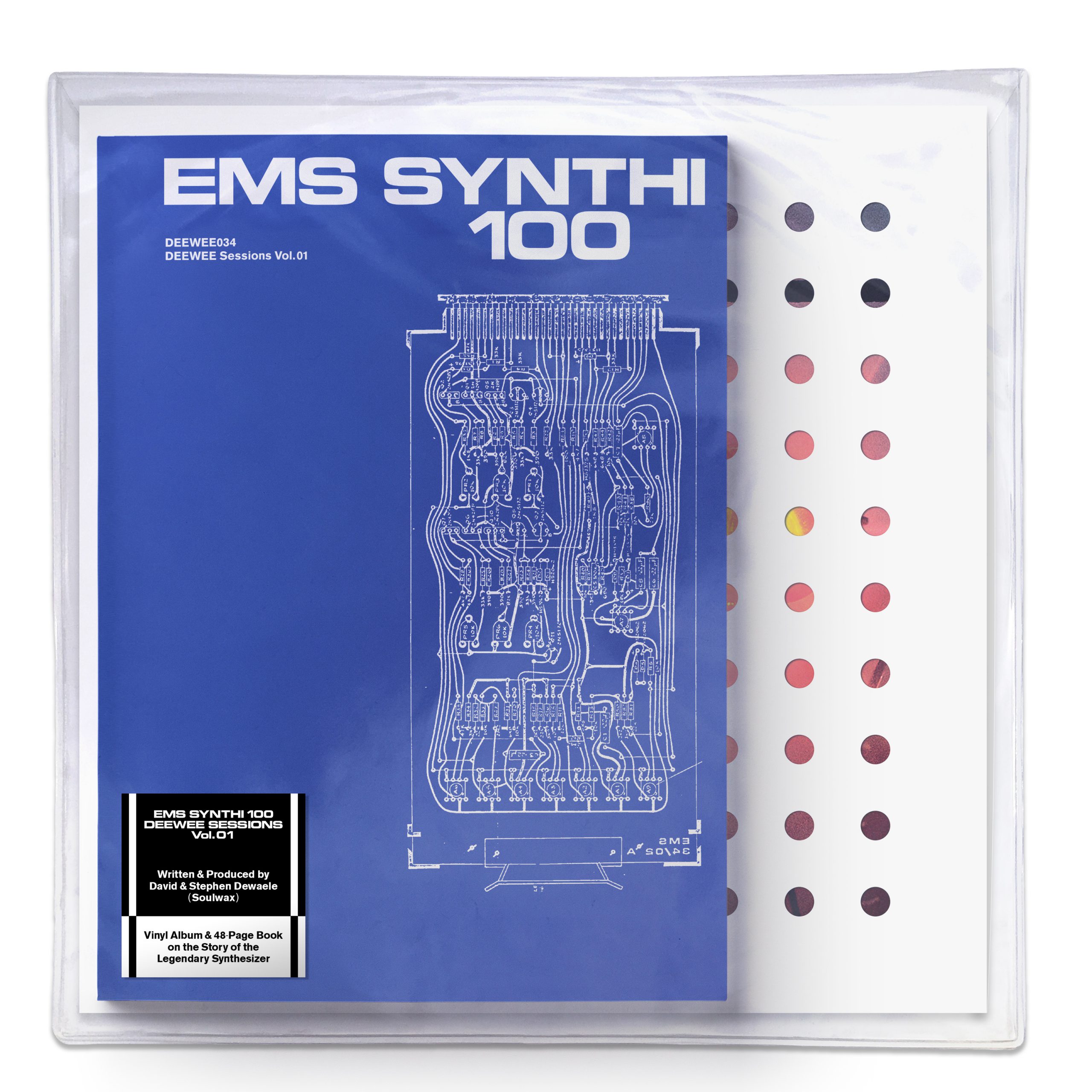 David & Stephen Dewaele (aka Soulwax/2manydjs) have always been fascinated by collecting instruments and recording gear. Their passion hasn’t been born by completism: simply every new item inspires a world of possibilities. The one item that always eluded them was the EMS Synthi 100—a huge and rare analogue synthesizer, of which there were only 31 ever produced, that can create a near infinite array of sounds.

The album sounds simultaneously futuristic and retro as it highlights the versatility, uniqueness and warmth of the Synthi 100. Remarkably, a synthesizer that was first launched in 1971 continues to excel in 2020, aided only by patient restoration and fresh creative input. Each side of the vinyl features a long piece of music, each of which is divided into three movements. While they can be heard separately, David & Stephen urge people to listen to the entire experience from start to finish.

‘DEEWEE Sessions Vol.01’ is a highly collectible package featuring the album on heavyweight 180g vinyl along with a fully-illustrated 48-page book which explores the background behind the album and history of the Synthi 100. The book compiles a foreword from David & Stephen Dewaele; an introduction from 3030, the specific Synthi 100 unit that was used for the album; a history of its creation and an exploration of its sounds; and finally an interview with Ivan Schepers, the IPEM technician who has been 3030’s long-term custodian.

Fittingly, this tribute to such an elegant machine is presented in a beautiful style, art directed by Ill-Studio. The vinyl is held in a perforated ‘patch bay’ cover with a fully artworked inner sleeve, while both the disc and book are housed in a clear PVC bag.

This album was made with the kind assistance of and in collaboration with IPEM, Ghent.

Add to playlist
Add to Wishlist
You must register to use the waitlist feature. Please login or create an account
SKU: DEEWEE034 / VF301

Suzanne Kraft
Animals Dancing
We use our own and third party cookies. If you continue browsing we consider you accept the use of cookies.
Accept