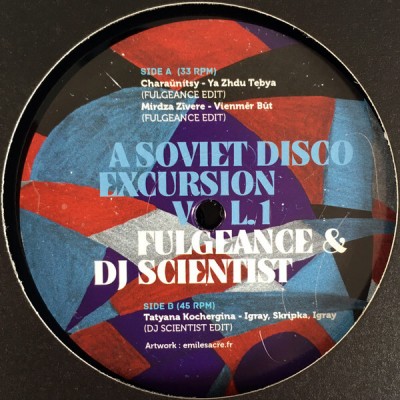 The love of all things Soviet and disco has been established by French/German duo Fulgeance and Scientist for several years now, having reached a peak last year with their album The Soviet Tape on First Word. Now they return with their own edit series on brand new label Excursions.

With eyes squared fully on the floor, each obscurity is given some serious groove muscle for the floor… Charaunitsy’s soulful croons and yearning horns are given an additional kick/snare swing, Latvia’s Mirdza gets a deliciously camp turbo charge while Ukraine’s Tatyana Kochergina gets a full-on Philly treatment with lavish strings and a bassline that won’t say nyet.

Jennifer Touch
Lunatic
We use our own and third party cookies. If you continue browsing we consider you accept the use of cookies.
Accept