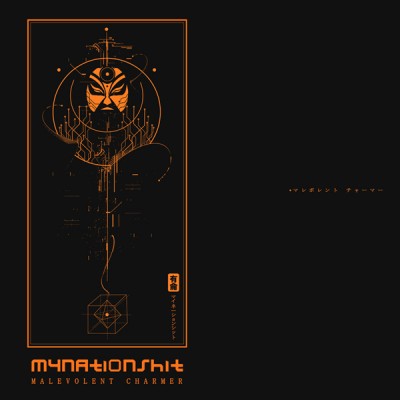 One more time  Carlos Martin aka Mynationshit has just produced an emotive and gloomy work. This new album which is the fifth is called “Malevolent Charmer”  and once again this carries on telling us about the ethical conflict between good and evil, nature and built environments and even admiration and comedown. Dark and catchy melodies, epic beats and nostalgic atmospheres for the first Waste´s edition where he is a part of this label with his brother Alejandro Martin and Avencio Delgado. On this occasion ,this work comes out with an outstanding design by Alonso Urbanos who loves  like Carlos Martin ,martial arts and Asian culture and obscure folklore. As well,this album comes out with a professional audio studio work by Elias Saura and Pablo Moreno(Irradian).Limited edition of 320 copies/black vinyl.

Various Artists
De:tuned
We use our own and third party cookies. If you continue browsing we consider you accept the use of cookies.
Accept