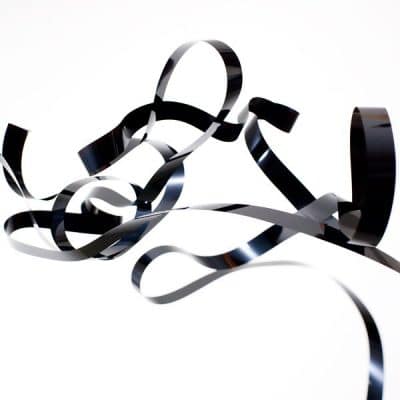 Since 2011 at least, the Berlin resident known as TJ Hertz has been a vital cog in the European techno machine, self-releasing some of this decade’s most vaunted white labels, plus 12″s with Hessle Audio and Leisure System – including this year’s great split with Dopplereffekt – beside his role as software engineer for Native Instruments. With ‘Flatland’ he takes the opportunity to scud farther between electro and techno conventions with some proper production acrobatics, modelling a vivid 3D framework viewable from multiple perspectives, imagining “…a world in which any scene can be seen from any angle at once”.

Entering via the ambient airlock chamber of ‘Agnes Revenge’, we’re given access to a subtly evolving soundsphere of sheer, incremental gradients and whirring mechanisms interspersed with nods to radiophonic experimentation and the melodic charm of ’90s Warp styles. The scuttling funk of ‘One Fell Swoop’ or ‘Ratchet’ and the keening harmonics of ‘Agnes Apparatus’ recall classic Plaid, whilst elsewhere the album ranges from knackered techno (‘Dogma’) to Powell-esque hardwave (‘Strays’) and Rrose-alike techno churn (‘One Stitch Follows Another’, ‘First Witness’) via augmented hip hop (‘Second Witness’). It’s all certain to spark the interests of the techiest bass heads and IDM fiends around.

Add to playlist
Add to Wishlist
You must register to use the waitlist feature. Please login or create an account
SKU: PAN60

Donarra / Abyssy
Alley Version
We use our own and third party cookies. If you continue browsing we consider you accept the use of cookies.
Accept