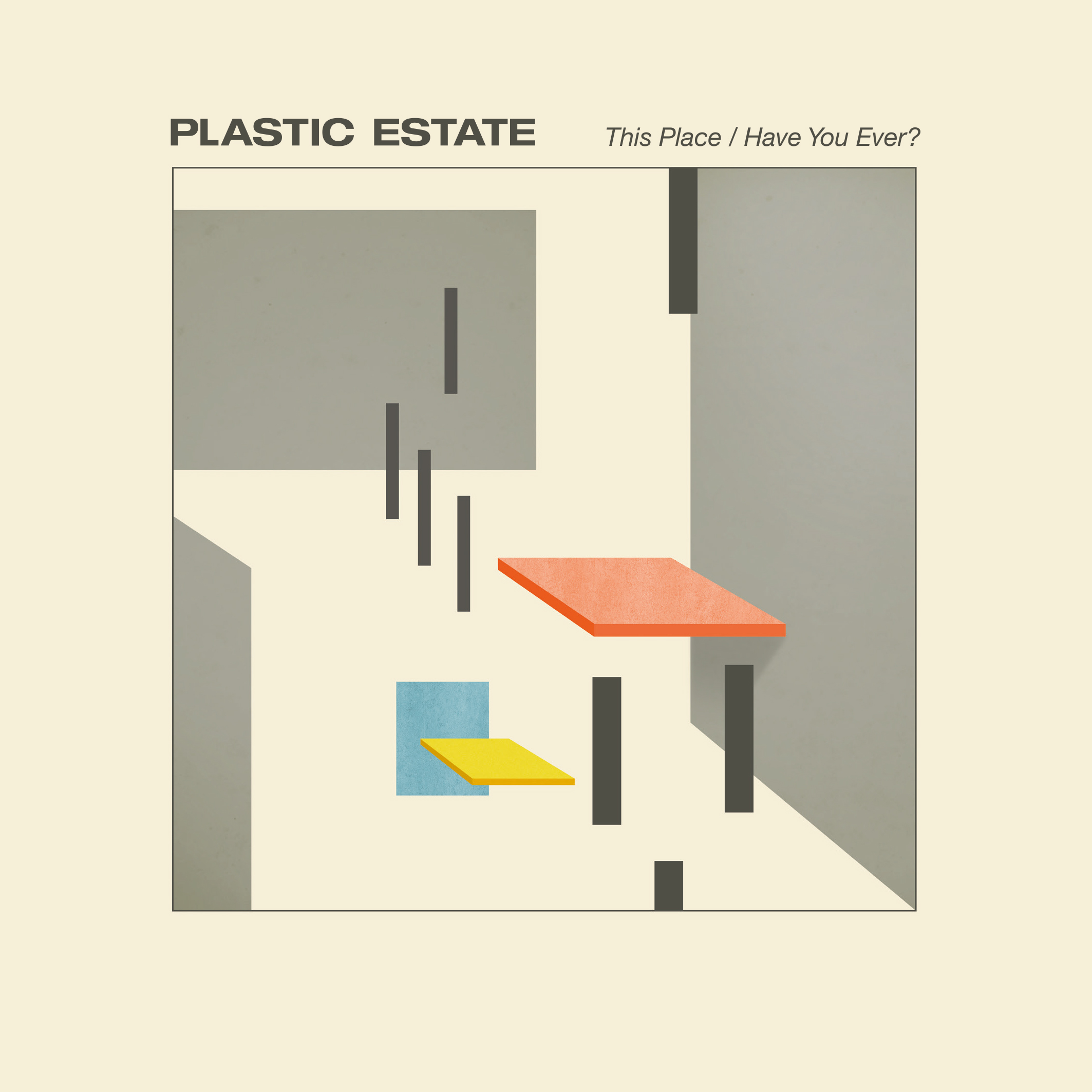 If you are passionate about local music scenes as much as we are you might already know about the current brood of great bands going on in Cardiff, Wales.
Chain Of Flowers were the first to hail from the Welsh capital, followed by related side projects such as Night Thoughts, more recently came Private World of which the two boys we’re about to introduce are also live members of.
A new wave/synth act from the same city called Plastic Estate is emerging this year.
The duo composed by Nicholas James and Stanley Fouracres have released a few digital singles in 2019 as they’ve opened for The Murder Capital at Sŵn Festival and played alongside the likes of M!R!M, Josiah Konder and The Love Coffin.
This Place is their first physical release and it’s due on 7-inch vinyl and digital on June 19.
On the two songs that compose the single, Plastic Estate clearly draw influence from the best UK new wave and pop artists such as Dave Gahan, Paddy McAloon, Roddy Frame and yet there is a sophisticated casualness and an innate freshness in their songwriting that makes them not sounding dated at all.
Amazing composition skills for such a young band and a perfect balance between electronic dance elements and acoustic instruments allow them to pay homage to the above-mentioned masters and to be a perfectly contemporary group at once.
Although it’s possible to pick out some darker lyrics, the overall feel is up-beat and breezy. It’s a contrast that runs through a lot of their music – like a dichotomy between dark, melancholia and happier, brighter feelings.
Whether it’s a happy pop synth riff mixed with sombre lyrics or vice versa, the young Welsh duo is delivering the best 80’s-inspired modern pop craft.
RIYL: Echo & The Bunnymen, Prefab Sprout, Depeche Mode, Orange Juice, Wild Nothing

Soft Riot The Outsider In The Mirrors LP

Little Boy Lost
Oraculo Records
We use our own and third party cookies. If you continue browsing we consider you accept the use of cookies.
Accept