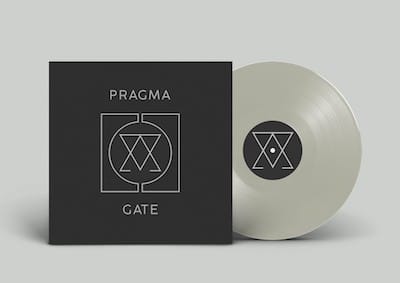 Returning for his third appearance on Frigio, Maurizio Martinucci (aka TeZ, Most Significant Beat and permanent member of Clock DVA since 2010) introduces one of his darkest works to date. Forged in his studio/lab in Amsterdam, the Italian artist casts three works of industrial paranoia with none other than Clock DVA delivering a very special remix.

The same intensity, the same fevered energy that permeated Dusk, is plain to hear in this production. Pulsating drums are pierced by metallic groans and choking voices for the alienating assault that is “Amna.” Clock DVA take on this factory floor demon, soothing and reworking the original. Keys cascade against throbbing basslines and stuttering rhythms, vocals by Adi Newton taking the form of a poem that circles and swoops in a track of brimming with a primal force. Stalking chords introduce “Dene.” A lancing beat lashes a lone string, static and resonance building as layers of machine noise make their inhuman presence known. The end comes from the hull of an abandoned ship, or so it sounds. Aquatic echo swirls around a spread of sunken snares, shrieks and slicing through the crash and squeal of wrought iron. Primordial music from the mind of Pragma

Add to playlist
Add to Wishlist
You must register to use the waitlist feature. Please login or create an account
SKU: FRV031

Sound Synthesis
eudemonia
We use our own and third party cookies. If you continue browsing we consider you accept the use of cookies.
Accept