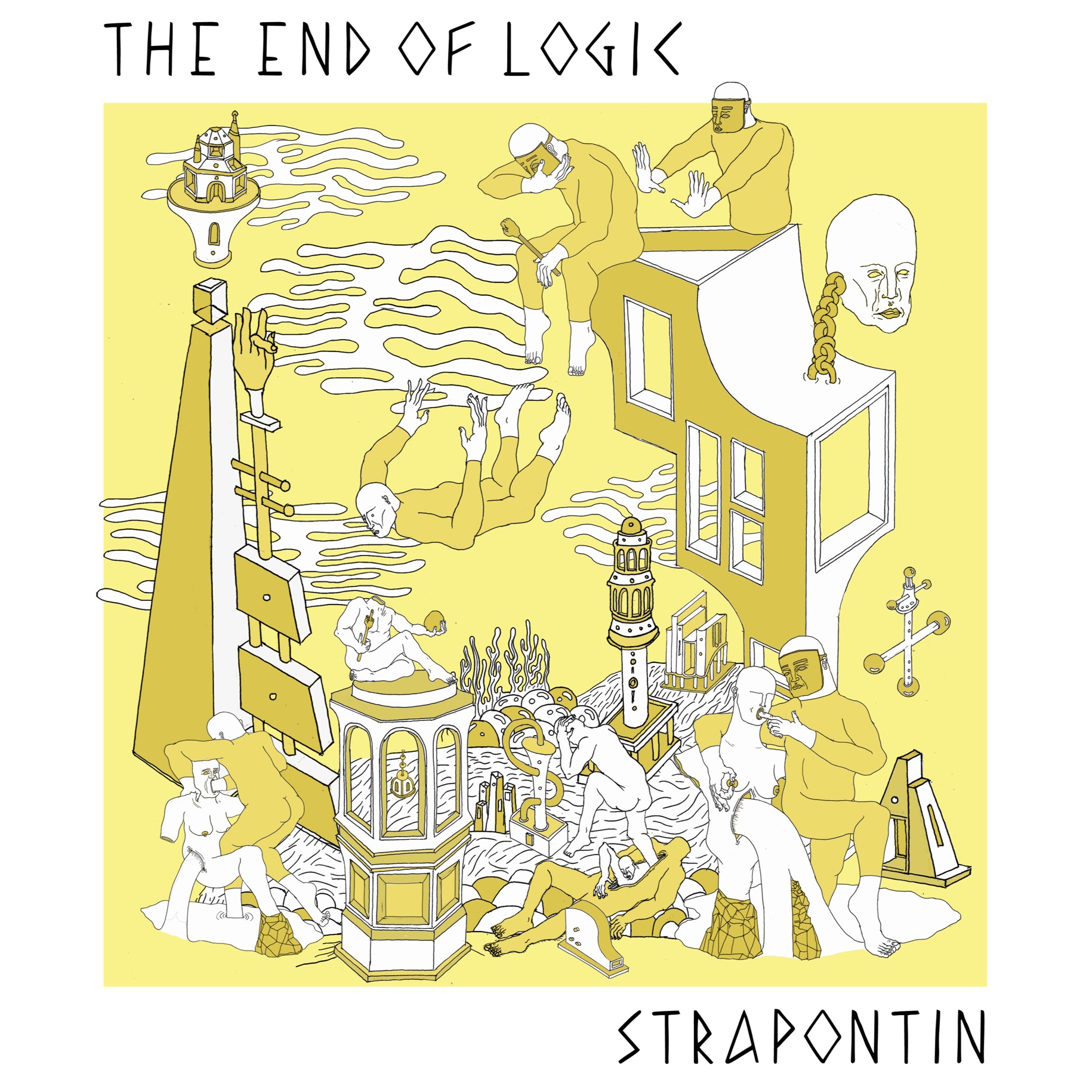 The End Of Logic EP

For their landmark 10th release, Hard Fist is proud to have snapped up multi-talented Belgian producer and performer Strapontin for a new single including Damon Jee and Thomass Jackson remixes and a complementary & prescient video game that pokes fun at social media.

The specially designed game and accompanying music video pertains to the overall theme of the EP, which shows an absurd society obsessed with social media descending into a dystopian world. It is a paranoid graphic vision, set in Brussels, Strapontin’s hometown, that puts you in control of a role playing game as you march round the city collecting social points with scant regard for others.

Besides being a dancer, performer and on-and-off “Madame pipi”, French-born, Brussels-based Strapontin is also a DJ and producer who mixes up slow and rough techno with thrilling soundtracks and groove driven disco. He has released on Nein and I’m Single amongst others and marks this 10th Hard Fist release in fine style.

Opening up the EP is ‘Nervous Days’, a gallivanting techno-disco groove with rugged loops and jumbled percussion that sounds like a rampage through a cityscape, as per the video. Then comes ‘But The Nice One!’, a stomping and rough and ready ride on lumpy drums and bass that is dark but playful. The quality continues on ‘Miss Mickey the Dumbs’, with some brilliantly heavy and reverberating drums making you jerk your body while sci-fi effects float and drift about up top.

Blindetonation label regular and esteemed modern disco man Thomass Jackson remixes ‘But The Nice One!’ In his capable hands it becomes a melon twisting workout with spangled synth lines, psyched-out synths and percolating drums that are finished with a vulnerable and eerie vocal. Last of all is a Damon Jee remix of ‘Miss Mickey the Dumbs’, His music can be heard on the underground’s most sought-after labels including Roam, Hafendisko, Suara and Sincopat to name just a few. His version is a more direct affair, with searching laser synths and a hypnotic space-techno vibe that carries you off to the stars at increasingly high speeds.

This is a fittingly brilliant EP from the vital Strapontin on ever-excellent Hard Fist.

Donna Trump
Donna Trump
We use our own and third party cookies. If you continue browsing we consider you accept the use of cookies.
Accept