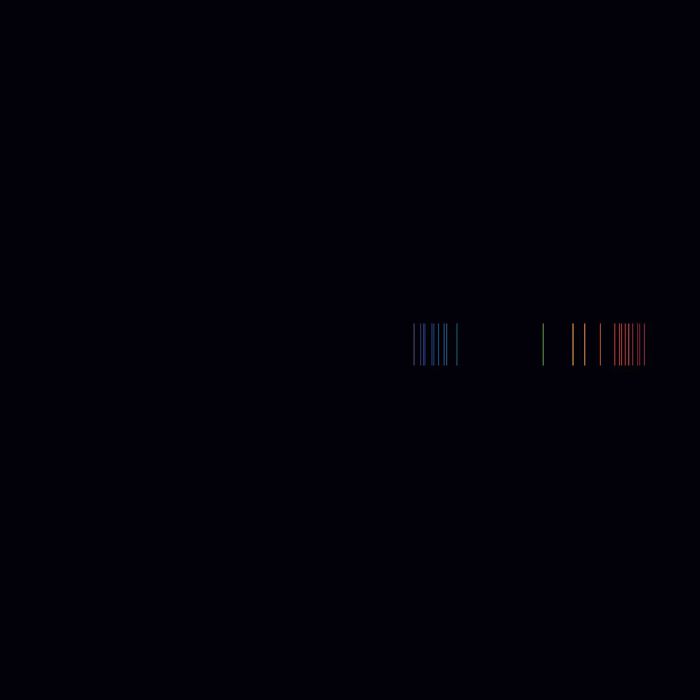 The 7th edition in the Exit Planet Earth vinyl series features another serving of electronic cuts designed for space travel with 20/20 Vision debuts from The Exaltics & Paris The Black Fu, Alex Jann, Lost Souls of Saturn and Kim Cosmik.

Opening with an interstellar serving of classic electro funk from the pivotal figurehead of Germany’s electro-tipped underground ‘The Exaltics’ of ‘SolarOneMusic’ and ‘Paris The Black Fu’ from the mighty ‘Detroit Grand Puhbas’.
This heavy weight collaboration comes in the form of ‘wea poni zedin form ation’ a masterclass in acid-influenced and undoubtably charismatic electro, complete with distinctive Kraftwerk-esque vocals. Alex Jann follows up on the A side with ‘Android Memory’ combining bleep techno elements with futuristic electro in an expertly crafted high paced does of sci-fi funk peppered with chaotic glitches, driving grooves and punchy kicks.

On the flip side we’re joined by Seth Troxler and Phil Moffa under their inter dimensional moniker ‘Lost Souls Of Saturn’. L.S.O.F offer up a mind altering hybrid of sci-fi inspired electronica, techno, electro, acid, free-jazz and more, blurring genre lines and pushing boundaries deep into the cosmos. Under-pinned by a predominately break beat groove ‘Rave is Back’ incorporates a plethora of un expected elements, from orchestral drones and harmonic melodies to unidentifiable machine glitches.

Wrapping up the 7th outing in the Exit Planet Earth vinyl series, we’re joined by long-time purveyor of UK Electro –
Cybersoul’s ‘Kim Cosmik’, firing on all cylinders with a tripped out assault on the senses. Her track ‘Moonrise’ hammers home with a fast paced, glitch heavy groove, serving up complex patterns across an ominous soundscape littered with ghost like echoes.

Add to playlist
Add to Wishlist
You must register to use the waitlist feature. Please login or create an account
SKU: EPE07

Annie Hall
Musar Recordings
We use our own and third party cookies. If you continue browsing we consider you accept the use of cookies.
Accept