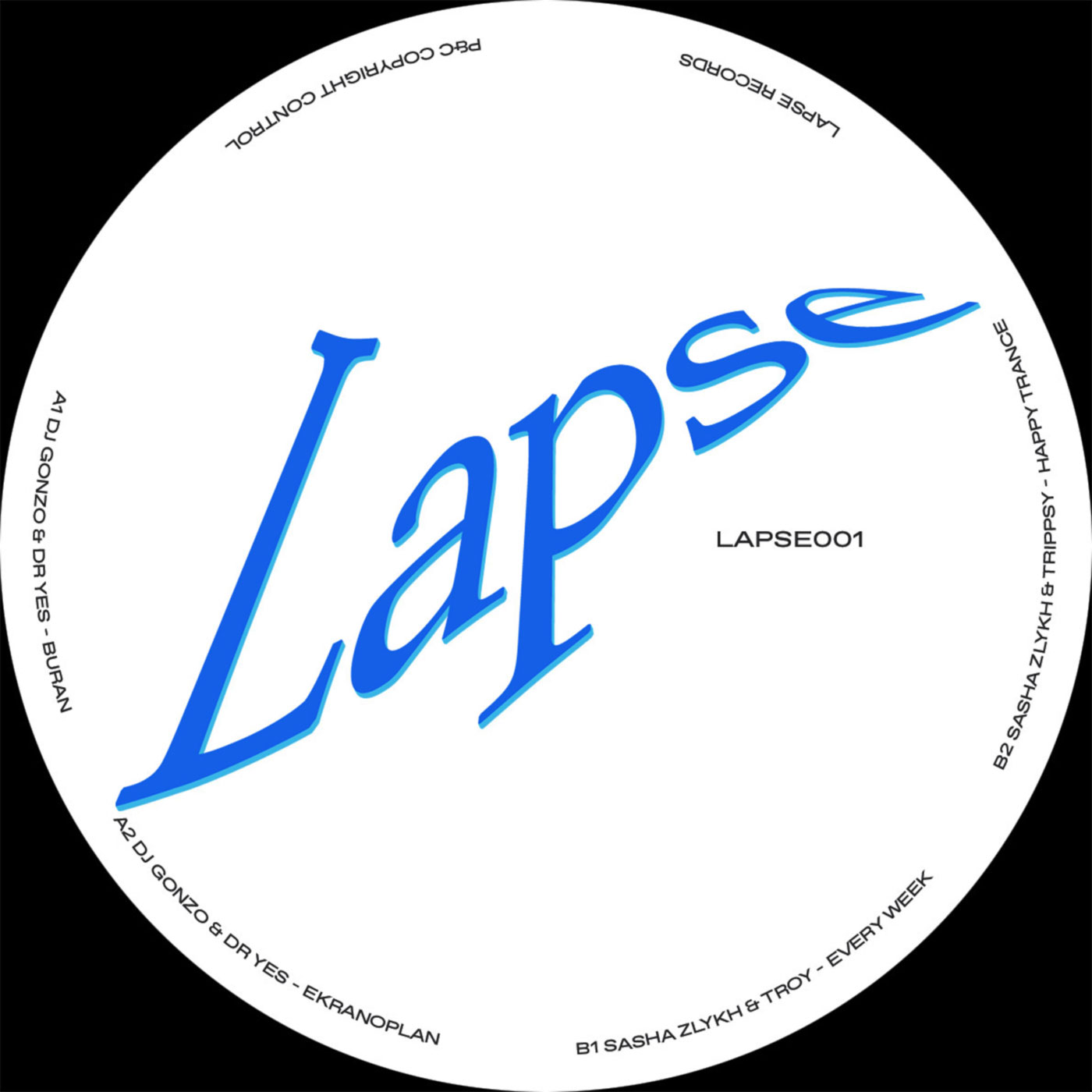 The first release on Lapse Records welcomes DJ Gonzo & Dr. Yes, aka Klein / Melchner, and Sasha Zlykh for a four track Split EP. The label was recently created by Jessica, the now Berlin based DJ, co-founder of Headroom Festival, and founder at the female led music project Rhythm Sister.

Klein / Melchner, both known for their solo alias output under Patrick Klein and Michael Melchner, along with other collaborations such as the KMR trio and Omega Men moniker, they kick things off on the A side with their latest venture with two tracks, “Buran“ on the A1, neatly followed by the more spooky low end “Ekranoplan”.

Sasha Zlykh takes lead on the B side with two collaborations between friends. Opening up with “Every Week”,  a techy dancefloor collab with Troy, followed by the tripped out roller “Happy Trance” with Trippsy on the B2.  “Work it stupid. Every week.”

James Andrew
Nothing But Nice
We use our own and third party cookies. If you continue browsing we consider you accept the use of cookies.
Accept