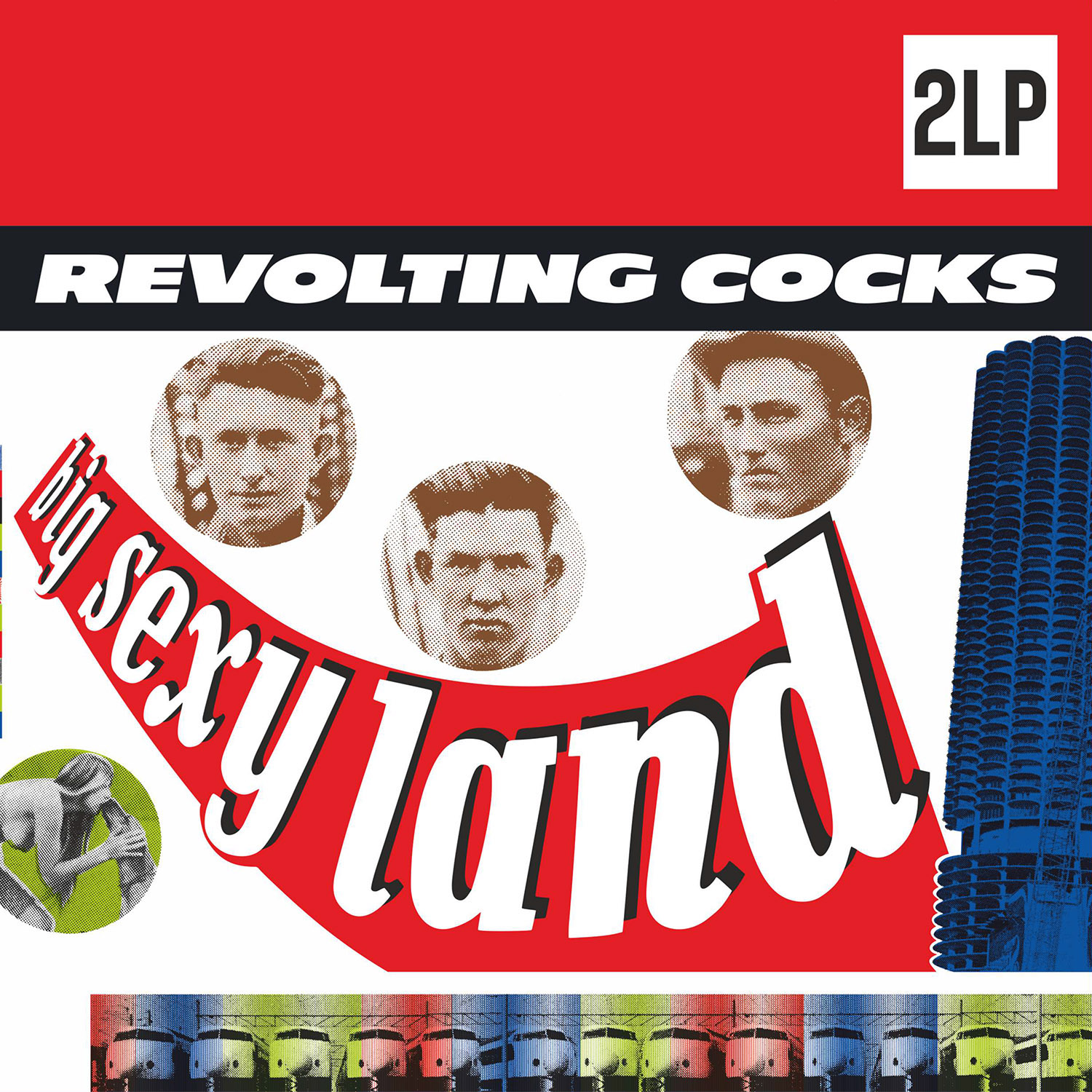 Revolting Cocks’ origins date to late 1984, when Front 242 started their first American tour as an opening act for their then-label mates Ministry. Afterwards, Alain Jourgensen asked Richard 23 to join forces and produce a dub-remix project. After returning to Brussels, Richard proposed this collaboration to Luc Van Acker who decided to team the band just after talking with Al over the phone.

“Big Sexy Land”, originally released through the legendary Wax Trax! Records in 1986, is the debut studio album by this supergroup featuring a mix of industrial, hard rock and EBM with dominating sampling and strong synthesized beats. It was composed mostly using a very expensive Fairlight CMI II synthesizer, sampler and work station that Al Jourgensen got funded by Sire Records. Luc Van Acker attributed album’s mixing to Jourgensen’s sessions with Adrian Sherwood on Ministry’s “Twitch”. Al surreptitiously took notes on Sherwood’s settings, but, without any context for the numbers, they had to later guess at what the settings were for, such as reverb and delay time.

Album’s title is a reference to a strip club in West Berlin. Al Jourgensen said that club neon sign was “the biggest capitalistic tease” for citizens in East Germany. The idea to use Revolting Cocks came from an incident that took place in a Chicago bar. According to Luc and Al, they all was trying out “insulting French expressions” on a waiter, ordering something they said meant “revolting cock” which led the waiter to say, “You are revolting cocks!”.

“Big Sexy Land” would be the only album made by the original incarnation as Richard 23 quit in 1986, after falling out with Jourgensen over an Adrian Sherwood’s remix of the song “You Often Forget”.

Limited edition re-release on double vinyl with gatefold sleeve and expanded artwork including all original tracks plus the singles “No Devotion”, “You Often Forget” and another remix of “T.V. Mind”.